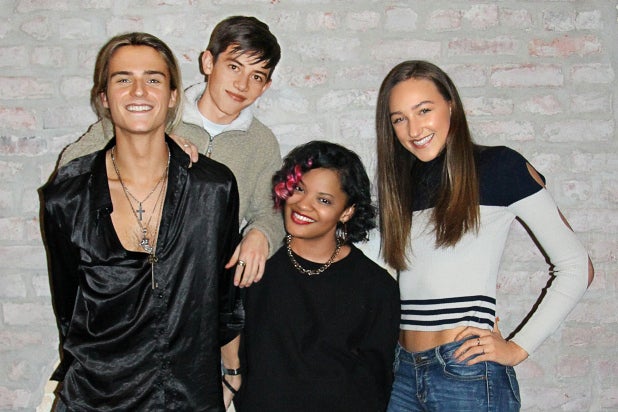 Netflix has found its tall girl. The streaming service announced on Thursday that it has cast actor, dancer and model Ava Michelle to play the lead role in its upcoming live action comedy “Tall Girl.”

This will mark Michelle’s feature film debut. As part of the casting process, Netflix held a worldwide casting call, searching for girls 5-foot-10 or taller between the ages of 13 and 21 years old to star as the film’s lead, 16-year-old Jodi. Michelle is 6-foot-1.

Production on “Tall Girl” will begin this week in New Orleans.

“It was essential for us to find an actor to portray our lead who can speak to the challenges and lessons that Jodi experiences from a very personal place of authenticity,” said Nzingha Stewart, the film’s director, in a statement. “Ava’s ability to beautifully and uniquely showcase those attributes stood out to us in a way that we believe audiences will connect with. ‘Tall Girl’ showcases that embracing the very qualities that make you different is what allows you to overcome anything.”

Also Read: You Can Be the Next Lana Condor: Netflix Widens Search for Star of High School Movie 'Tall Girl'

The film, expected to capture the tone of John Hughes’ classic films, centers on  Jodi, who — at more than six feet tall — has to go above and beyond to survive high school and embrace what makes her different and be proud to stand out, not fit in, while struggling with the constant label of being her school’s tall girl.

Jodi has never quite felt comfortable in her own statuesque skin, until she falls for the handsome (and equally tall) foreign exchange student Stig, who lands Jodi’s quirky, best male friend Dunkleman and his hippie mom as a host family. As a result, Jodi gets embroiled in a surprising love triangle, which helps her realize she’s more than her insecurities about her height have led her to believe.

Also Read: 'To All the Boys I've Loved Before' Sequel Officially a Go at Netflix

Playing Jodi’s parents are Steve Zahn (“Valley of the Boom,” “War for the Planet of the Apes”) and Angela Kinsey (“The Office”). Anjelika Washington, Clara Wilsey and Rico Paris also star.