Just hours after Elliot Page came out as trans, Netflix has already edited the credits on all of his work to reflect his proper name, the streaming service confirmed Tuesday.

Netflix said it’s in the process of updating Page’s film and television it currently streams, and as of this writing has updated landing pages for “The Umbrella Academy,” “Something in the Water,” “Tallulah,” “Tales of the City”– to reflect his new name. Page publicly came out as a transgender man on Tuesday morning.

Earlier, in response to Page’s coming out post this morning on Twitter, the official Netflix account tweeted in support of the “Umbrella Academy” star. “So proud of our superhero! WE LOVE YOU ELLIOT! Can’t wait to see you return in season 3!” the account said. 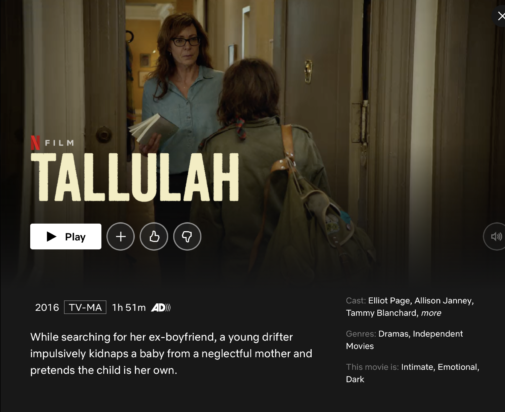 Page will once again play Vanya Hargreeves in Season 3 of “Umbrella Academy.” though it’s unclear where the story will take Hargreeves, who was last seen as a female-identified character (that’s not to say that a transgender actor can’t play cisgender characters well, as has certainly happened for the majority of Page’s acting career).

Page’s name is also updated on the “Umbrella Academy” IMDB page — and his overall IMDB profile also reflects the name change. Some of the title cards for his work, including “Tallulah,” is already updated on Netflix.

Netflix is also in the process of changing the metadata in its search function to show the name Elliot on all of Page’s titles on the platform. That shift is expected to take place “throughout the day” and will be reflected on the streamer’s title cards soon, a person familiar with the effort said.