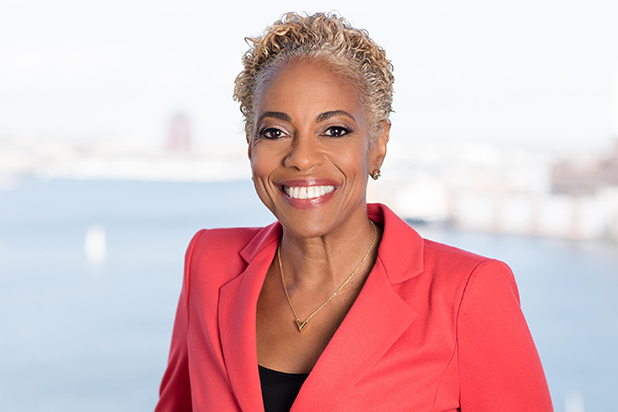 In the newly created role, the Harvard graduate will “help devise and implement strategies that integrate cultural diversity, inclusion and equity into all aspects of Netflix’s operations worldwide.”

“Having worked closely with Vernā as a consultant on a range of organizational issues, we are thrilled that she has agreed to bring her talents to this new and important role,” said Netflix chief talent officer Jessica Neal. “As a global company dedicated to attracting the best people and representing a broad range of perspectives, Verna will be an invaluable champion of our efforts to build a culture where all employees thrive.”

“I have been a longtime fan of the inclusive and diverse programming and talent at Netflix, and then I got a chance to meet the people behind the screen. I was so impressed by their mission, their excellence, and decision to take their inclusion and diversity efforts to a higher level,” Myers said. “I am so excited and look forward to collaborating all across Netflix to establish bold innovative frameworks and practices that will attract, fully develop, and sustain high performing diverse teams.”

Myers’ hiring comes after Netflix fired chief communications officer Jonathan Friedland for using the N-word multiple times. Friedland said on Twitter at the time that he “fell short” of the example a leader should set when he “was insensitive in speaking to my team about words that offend in comedy.”

Netflix CEO Reed Hastings sent a memo to employees after his firing, saying that Friedland’s “descriptive use of the N-word on at least two occasions at work showed unacceptably low racial awareness and sensitivity, and is not in line with our values as a company.”

Myers consults businesses on race, ethnicity, gender and sexual orientation company to help foster more just, compassionate and productive work environments, through her company, The Verna Myers Company. She has also written two books, “Moving Diversity Forward: How to Go From Well-Meaning to Well-Doing” and “What If I Say the Wrong Thing? 25 Habits for Culturally Effective People.”