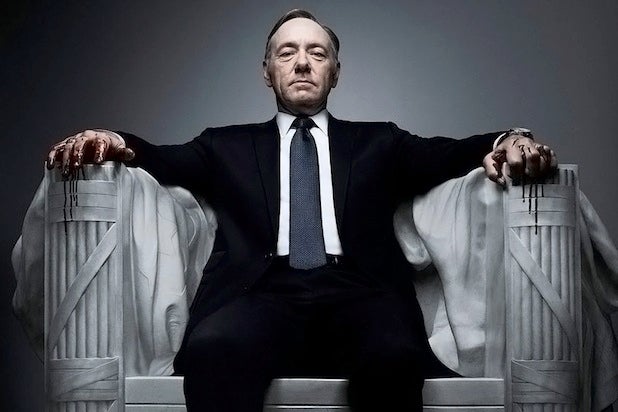 Unlike like the traditional content providers before them who bungled their transition to digital by giving everything away free, Hollywood thinks it has found a darling little helper to fill its coffers with an unexpected flow of revenue. For a business renowned for relieving the unwary of their shirts, Hollywood has allowed Netflix to walk away with its wallet.

Netflix’s prosperity is based on having Hollywood as a very willing and cooperative subsidy machine. The studios and TV networks have allowed Netflix to build both an international presence and a level of recognition that they cannot match with their own product!

Despite having around only 10 percent of the U.S. population as subscribers, Netflix has, courtesy of Hollywood’s charity, the prominence that Warner Bros. and Paramount, for example, had decades ago and squandered. Only Disney is a significant global name.

Hollywood — meaning the collective talent of the film and television industry — now does all the donkey work while Netflix cherry-picks what will be most profitable and successful for its business model. What iTunes has done to the music industry Netflix is doing to Hollywood. Netflix has colonized their digital turf with their full cooperation.

The faffing over Hulu and the non-event of Ultraviolet seems to me to be ample evidence the studios are very confused about streaming and don’t recognize that it is effectively a hybrid of what was the DVD market, controlled by the studios, and the first stage of the future viewing habit — streaming is not an ancillary channel created to line their pockets; rather it is a preview of the new normal.

Yes, the rewards for Hollywood have so far been been seductively high. But Netflix is, like us, merely a consumer, not bearing the costs or risks. Its few in-house projects have been purposefully flashy to garner acres of news coverage or like “Arrested Development” simply build on the expensive foundations of others.

It is now obvious that Netflix can pick the best of the back-catalogs and poach underemployed contemporary talent. The onus is on Hollywood executives to find money for the immediate bottom line with little or no regard for the longterm consequences, perfect for Netflix’s opportunism.

Strangely as production is curtailed, the studios have let Netflix demonstrate that content is still king

The tendency to gorge on marathon screenings, which is something most viewers seem to appreciate, will undermine the very existence of the networks. Networks are merrily facilitating the destruction of their own business model by destroying the notion of staggered viewing over a season, where the best shows and event screenings bookend lesser work to sustain the audience numbers through billions of dollars of advertising, their bread and butter.

If consumers can view shows as and when they wish, sports and news will be the only things that distinguish networks — and there the economics are disastrously askew. It is feasible the medium- to longterm sport, or second-tier sports, could opt solely for a direct  sell-through model to viewers, either as individual sport or as a co-operative aggregation.

Apart from cameras and editing stations, streaming dispenses with broadcasting infrastructure and legal commitments that come with the airwaves. If the digital economy has taught us anything it is that the transitions that were expected to take years can suddenly be accelerated by momentum. Broadcast TV and scheduling as we know it is heading for extinction.

Rather than straight-to-DVD, straight-to-Netflix will become commonplace and quickly gather prestige as most films will find it more sensible to have a Netflix premiere and audience rather than all the distribution hurdles. Why struggle for an audience for your movie via the precarious Hollywood channels when Netflix has a captive audience of subscribers waiting for you?

Netflix’s guaranteed audience through subscription will sway talent as readily as HBO’s formula, though Netflix will have a greater impact because HBO is part of the established conglomerate ecosystem. Netflix could easily become the first run VOD umbrella. That may sound alarmist, but the studios are well on their way to being virtual businesses.

As we all know they are making franchises and a few select pictures while relying on producers, many of whom no longer have production deals, to bring them the product.

This is an industry which by its very nature is transient. The talent follows the money and opportunities. The imminent legal changes to raising finance may increase Netflix’s influence and reach. Talent which has a relationship with Netflix will undoubtedly look like a better prospect to an investor than a film going into production without a distribution deal.

Yes, there are still some who would demand a theater release, particularly for awards consideration, but a screen or two in the largest 20 metropolitan markets may suffice for all but the tentpoles, though obviously the theater chains couldn’t survive on a ration of releases.

Whichever way you look at it, the business end of the movies is overdue for a major upheaval. It is easy to see Netflix shifting from studio partner to deadly rival with little effort. Netflix could still face obstacles from the telcos, obviously jealous that Netflix is exploiting their infrastructure but prior to the bursting of the first internet bubble the phone companies were investment darlings seen as the gatekeepers of the new economy.

Of course, they are utterly indispensable, but they blew their chance of prominence. Netflix knows it has the remote control.