Netflix has ordered a comedy series inspired by the Los Angeles Lakers front office, with the NBA team’s president, Jeanie Buss, on board as a producer.

The untitled series — which is produced by Mindy Kaling, with Elaine Ko as showrunner — is loosely based on the inner workings of the popular franchise, which has been owned by the Buss family since 1979. It follows Eliza Reed, the governor of a fictional team, as she navigates NBA ownership and family drama with her best friend by her side.

The Netflix project is one of three TV series based on the popular Lakers franchise, which is tied with the Boston Celtics for the most NBA championships with 17 each. 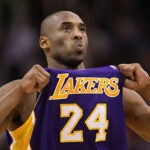 HBO has its own untitled drama from Adam McKay about the “Showtime” era in the 1980s. Based on Jeff Pearlman’s book, the series does not have the involvement of anyone attached to the Lakers.

Hulu also has a nine-episode docuseries on the Lakers from Buss and Antoine Fuqua. That project, which will feature interviews with dozens of current and former players and coaches, will detail the last four decades of the NBA franchise, beginning with Jerry Buss’ acquisition of the team in 1979.