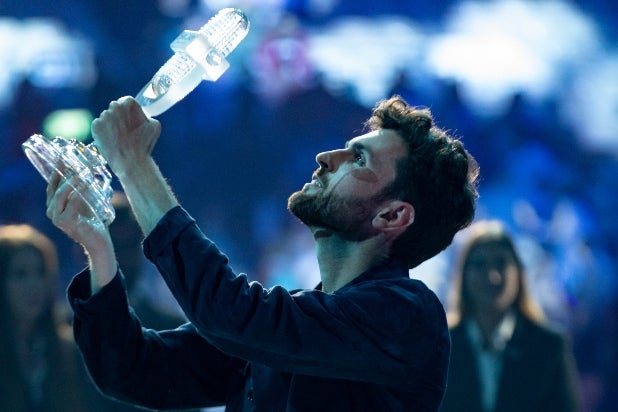 Eurovision is going to be available to stream on Netflix this year.

The streaming giant picked up the U.S. VOD (video on demand) rights to the European song contest for both 2019 and 2020 Friday.

This year’s competition, which took place May 14-18 in Tel Aviv, Israel, will be available to stream on Netflix on July 22. A date for the 2020 competition to stream in the U.S. has yet to be determined. Netflix only has licensed the rights for U.S. streaming, not worldwide.

“Good news for #Eurovision fans living in the United States: Netflix has licensed the 2019 and 2020 seasons of the Eurovision Song Contest! The 2019 season will be available on July 22!” See What’s Next, a Netflix’s Twitter accounts, tweeted Friday.

Netflix is currently in production on a comedy feature about the competition, which co-stars co-starring Rachel McAdams and Will Ferrell. Ferrell and McAdams are co-writing the script, and David Dobkin is signed on to direct.

Eurovision has been on the air since 1956 but started broadcasting in the U.S. in 2016 when Viacom’s Logo channel picked up the rights and carried it through 2018. The contest helped launch the careers of ABBA, Celine Dion, and Olivia Newton-John.

Also Read: What Is Eurovision 2019? A Guide for Confused Americans

The 2019 Eurovision winner was Duncan Laurence of the Netherlands, with his song “Arcade.” You can watch the highlights from this year’s finale below.