Netflix launched a mixtape-like service called “Flixtape” on Friday that allows users to curate their own playlists of shows and movies.

The streaming service has implemented a limit of six titles that can be included in each Flixtape. But just like a mixtape, Flixtapes can be created based on a certain theme or genre to send to friends or keep for reference.

Each set also has a customizable cover that can include a unique title, doodles and the name of the person the Flixtape is being sent to.

The service also provides a set of pre-made playlists, such as “The Family Reunion Flixtape” and “The Besties or Frenemies Flixtape.” For users more inclined on making their own, Netflix also has a variety of randomized Flixtape names that users can use as inspiration. 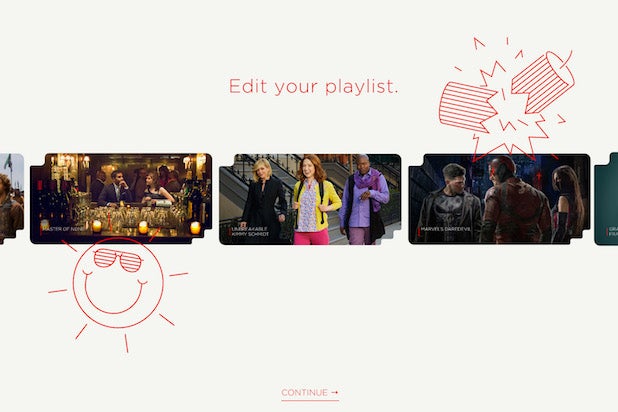