Netflix has added to the cast of its live-action series based on Eiichiro Oda’s best-selling pirate adventure Manga. 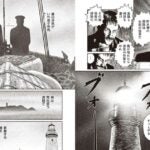 “One Piece” is a co-production between Netflix and Tomorrow Studios (an ITV Studios partnership), with Netflix handling physical production.

Matt Owens and Steven Made are both writers, co-showrunners and executive producers.

Fellow EPs include Marty Adelstein and Becky Clements of Tomorrow Studios and Eiichiro Oda, the author of the manga series.