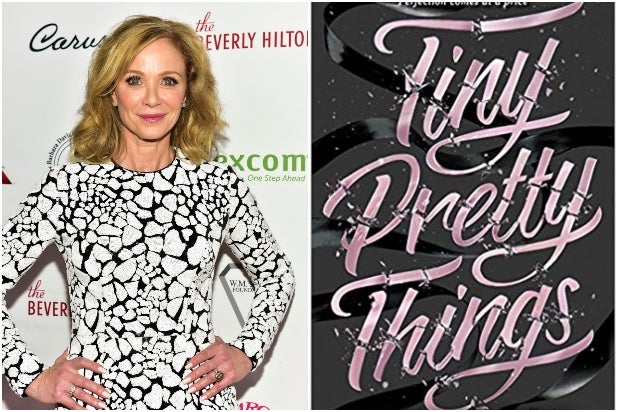 Netflix has ordered ballet drama series “Tiny Pretty Things” based on the book by Sona Charaipotra and Dhonielle Clayton. The streamer also announced the main cast, which includes Lauren Holly of “Designated Survivor.”

Michael MacLennan of “Bomb Girls” will write, showrun, and executive produce.  The series, featuring ten hour-long episodes, is slated for a 2020 release.

According to Netflix, “Tiny Pretty Things” is set in the world of an elite ballet academy and charts the rise and fall of young adults who live far from their homes, each standing on the verge of greatness or ruin.  As Chicago’s only elite dance school, the Archer School of Ballet serves as the company school for the city’s renowned professional company: City Works Ballet.  The Archer School is an oasis for an array of dancers: rich and poor, from north and south, and a range of backgrounds. Yet they all share a rare talent and passion for dance, a loyal sense of community… and when it comes to their dreams, no Plan B.

You can read the cast and official character descriptions from Netflix below:

Lauren Holly (“Designated Survivor,” “Dumb and Dumber”) plays Monique, a former dancer turned The Archer School director. Driven by ambition and a true belief in ASB’s value, Monique holds unique power over the school, using her dark capacities not only to defend her institution, but also to bring about the best in her students regardless of her means.

Kylie Jefferson (“Davido’s Fall,” SchoolboyQ’s “Chopstix”) plays Neveah, the rebel with raw talent and fierce determination who looks to rise above her roots and find a future in the world of ballet laurent without losing her unique and fiery approach to dance. Neveah is staring down the greatest opportunity of her life – a chance to be a student of the Archer School of Ballet as a last-minute replacement.

Also Read: 'The OA' Canceled by Netflix After 2 Seasons

Daniela Norman (“Cats”) plays June, a sweet and petite dancer raised by a strict businesswoman mother. The Archer School of Ballet is the only place she feels like she belongs. After what feels like a lifetime playing back-up, she is ready to earn her time in the spotlight, proving to her mother that ballet is where she belongs.

Brennan Clost (“The Next Step, Creeped Out”)  plays Shane,  stacked and fiery, from a small town, he grew up tormented for loving dance, and has become a hot-headed scrapper – and his family’s greatest hope.

Michael Hsu Rosen (“Jessica Jones,” Broadway’s “Torch Song”) plays Nabil, a man with the swagger of Baryshnikov and the cold eyes of a potential killer. This new recruit is worldly, strange, and has a wicked technique. Born in Malaysia before moving to Paris, Nabil comes with intimidating levels of power and potential.

Damon J. Gillespie (“Rise,” “The Society”) plays Caleb, a lean and handsome dancer who uses his ready humor and undeniable talent, in order to mask his struggles with a profound loss — and a secret that could unravel the institution.

Bayardo De Murguia (“Shooter,” “HOMBRE”) plays Ramon, a lean god with a deep baritone, Ramon is a former bad-boy dancer turned visionary choreographer. He’s not big on criticism, especially from students, which produces friction within the Archer School of Ballet and with his girlfriend and muse of the moment, Delia.

Jess Salgueiro (“The Boys,” “LETTERKENNY”) plays Isabel, a cop with a dancer’s ram-rod discipline from two tours of duty in Afghanistan before she traded in one uniform for another. With her ambition and keen moral compass, she’s uniquely qualified to search for the truth of what happened during a mysterious accident at the Academy.

Barton Cowperthwaite (“Center Stage: On Pointe,” “Fosse/Verdon”) plays Oren, a strapping prince of a man, wealth and good looks gave him great roles, Bette as a girlfriend, and primed him for success, but beneath this veneer lies crippling anxiety, a dysfunctional obsession with his body, and a need for physical perfection.

Tory Trowbridge (“Broadway’s The Cher Show,” “American in Paris”) plays Delia, Bette’s older sister, and dancer of supreme caliber and beauty, Delia is the Whitlaw Family’s first prodigy, returning to Chicago after two years dancing abroad. With her newfound success, Delia relishes her new role as a diva, triumphantly returning to the school that scorned her when she was a student.