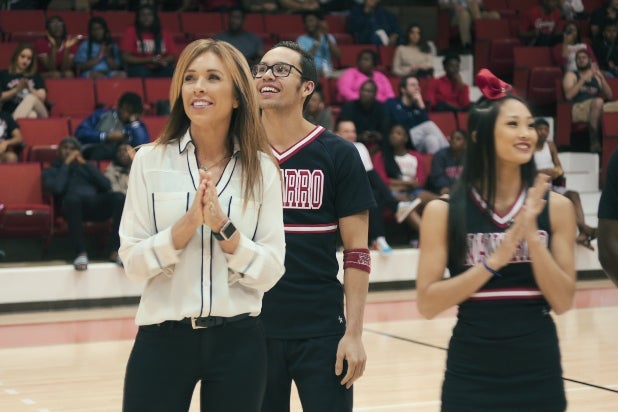 Netflix has ordered a new docuseries from the Greg Whiteley, director of junior college football docuseries “Last Chance U.”

“Led by Monica Aldama, the small junior college has won 14 National Championships since 2000. The stakes on the mat are high, but for these athletes, the only thing more brutal than their workouts and more exceptional than their performances are the stories of adversity and triumph behind the team members themselves. Over the course of six episodes, viewers will join the Navarro College cheerleaders as they face injuries, sacrifice, personal setbacks and triumphs, all leading up to one nail-biting and adrenaline pumping final competition at the National Championship.”

“Our new series Cheer is as much about cheerleading as Last Chance U is about football,” Whitely said in a statement. “Which is to say, it has cheerleading in it. A lot of cheerleading. But the most poignant moments are the ones that happen away from practice. A college cheerleader wrestles with the same issues any young person in college has to deal with, what our series shows is that off the mat issues can’t help but bleed onto the mat. Showing the poetry between the exactness of their routines juxtaposed with the intricacies of their personal lives produces my favorite moments in the series and I’m excited for viewers to experience the gritty but beautiful world of Navarro College Cheer.”

Whiteley’s “Last Chance U” has been airing since 2016. The show’s recent season followed Coach Jason Brown and the Independent Pirates of Kansas’ Independence Community College. The series has been renewed for a fifth season, and will now follow Laney College in Oakland, California.