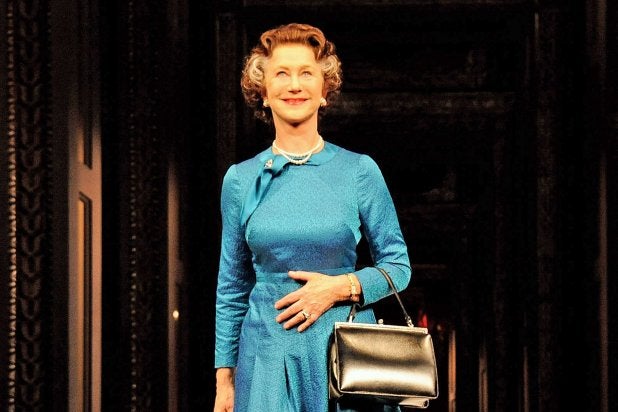 Netflix has ordered a new drama series from Academy Award nominees Peter Morgan and Stephen Daldry. Inspired by Morgan’s play “The Audience,” which Daldry directed. The 10-episode first season of “The Crown” will explore the first decade of the reign of Queen Elizabeth II from 1952, as she takes on the mantle of queen, and has to learn to work with Prime Minister Winston Churchill.

“‘The Crown’ is not only about the royal family but about an empire in decline, a world in disarray and the dawn of a new era,” said Morgan. “I am beyond thrilled to be reunited with partners from film, theatre and television for this epic project and delighted to be working for the first time with Netflix.”

The focus of both the play and the series is the weekly audiences Elizabeth II has given to prime ministers since the beginning of her reign. For the first decade, Europe is still reeling from World War II, and the role of the monarchy in Great Britain is shifting dramatically.

“Peter Morgan‘s scripts turn a tumultuous period of history into a thrilling story on an epic scale; dealing with both intimate relationships and international affairs,” added Daldry. “I cannot wait to bring The Crown to life for a global audience on Netflix.”

Daldry earned his three Oscar nominations for directing “Billy Elliot,” and “The Hours.”

“‘The Crown’ is storytelling that lives somewhere between television and cinema from Britain’s foremost chroniclers of modern politics, class and society,” said Cindy Holland, vice president original content at Netflix. “We are enormously proud to be the exclusive home of a series from and that promises to fascinate and entertain audiences around the world.”

The drama is being produced by Sony Pictures Television and Left Bank Pictures, with Daldry and Morgan producing alongside Left Bank CEO Andy Harries, Robert Fox and Matthew Byam Shaw, all three whom Morgan worked with as producers for “The Audience.”

“Queen Elizabeth II has reigned throughout a period of unprecedented cultural and political change and her influence as monarch has been universal,” said Harries. “Peter is a writer at the height of his powers and is one of the most entertaining and original film directors in the world. The series will be hugely ambitious and surprising, and perfectly captures the changes and complexities of a post war world.”

“The Crown” is expected to makes its debut on Netflix in 2016.