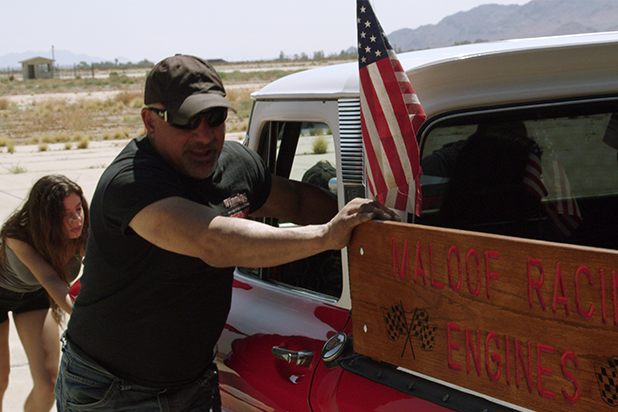 Netflix has renewed “Fastest Car” for a second season, and will be adding two more series to its motor programming with “Hyperdrive” and “Car Masters: Rust to Riches,” the streaming service announced Tuesday.

The eight-episode “Car Masters: Rust to Riches” will follow Mark Towle and his team at Gotham Garage as they upgrade old cars to cash in six-figure paydays. The series will premiere Sept. 14, produced by MAK Pictures and executive produced by Mark Kadin, Will Ehbrecht, Rob Hammersley, Michael Lutz, John Stokel and Scott Popjes.

“Hyperdrive” received a 10-episode order and is a tournament series that sees drivers compete on one of the largest automotive obstacle courses ever constructed. The series is currently filming in Rochester, NY, and will premiere sometime in 2019, and is produced by Whalerock Industries and Denver & Delilah Productions. Showrunner Aaron Catling executive produces with Lloyd Braun, Chris Cowan, Charlize Theron, Beth Kono and AJ Dix.

“Fastest Car,” the sleeper-vs-supercar series, will go into production on its second season later this year, with the Season 2 launch sometime in 2019. The seven-episode order is produced by Condé Nast Entertainment and executive produced by showrunner Jeremy Finn, Al Edgington, Joe LaBracio and Scott Weintrob.

“Netflix drove full-speed into the genre of car culture and competition this year with the debut of Fastest Car, and audiences around the world connected with the compelling stories of these cars and the people who love them,” said vice president of content for Netflix Bela Bajaria. “Fueled by that response, we’re partnering with best-in-class producers to expand our unscripted programming for motor enthusiasts and novices alike.”

It was previously announced that Netflix is partnering with Formula 1 for a 10-episode docu-series about the 2018 FIA Formula One World Championship that will be released in 2019. James Gay Rees will executive produce with Paul Martin for Box to Box Films, and Sophie Todd will serve as showrunner.