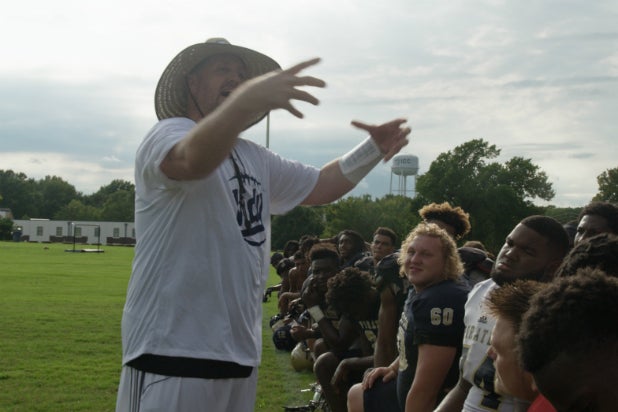 Netflix has renewed “Last Chance U” for a fourth season, and the docu-series will return to Kansas for Indy part two, it was announced Wednesday.

Director and executive producer Greg Whitely said that a return trip is “warranted” because of a surge in recruiting in the Jayhawk Conference, and because of that, he thinks that the fourth installment could be the show’s “best season yet.”

“Coach Brown has recruited a number of players this season who have compelling back stories and it seems the Jayhawk conference as a whole has seen a surge in recruiting,” said Whiteley said. “As such, we feel that a return trip to Kansas is warranted.  After visiting the ICC campus last week and meeting the new players, I think Season 4 could be our best season yet.”

The Emmy-nominated series looks at junior college football programs and will return to Independence, Kansas. Independence Community College (ICCC or Indy) football coach Jason Brown believes that the Pirates have a chance to capture the school’s first conference in 30 years, and the Compton, California-native isn’t afraid to shake things up in order to get the job done.

“Last Chance U” is a Netflix production in association with Condé Nast Entertainment, Endgame Entertainment and One Potato Productions.

You can watch Seasons 1-3 streaming on Netflix now.