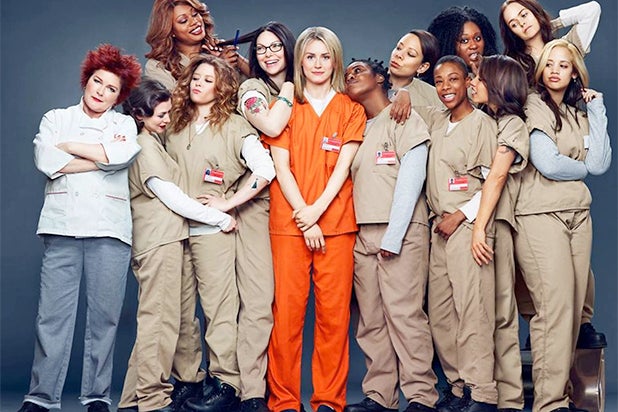 “Orange Is the New Black” has been renewed for three more seasons, Netflix and Lionsgate announced on Friday.
The fourth season of Netflix’s high-profile prison dramedy will premiere June 17. Creator Jenji Kohan will continue serving as showrunner for Season 5, 6 and 7.
“Orange Is the New Black” has been one of Netflix’s biggest original-content successes. Though the company tightly guards viewership data, a survey by RBC analysts last year suggested the series was watched by more members than any other original program.

“Jenji and her team have produced a phenomenal and impactful series that is both funny and dramatic, outrageous and heartfelt,” said Cindy Holland, Netflix’s vice president of original content.

In a statement, Kohan thanked both Netflix and Lionsgate — and told the latter “you’re welcome.” Lionsgate’s television arm produces the series.

Lionsgate Television Group chairman Kevin Beggs said the company was “proud to continue our long-standing relationships with Netflix” and Kohan, calling the series” one of the most acclaimed shows on television.”