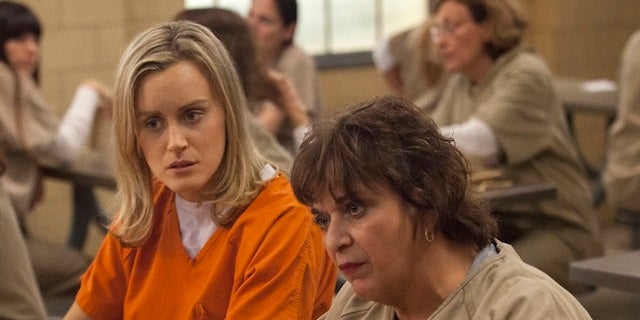 "Orange Is the New Black" has already earned a  second season, before its first season has begun.

Netflix has given a second season to the dramedy from "Weeds" creator Jenji Kohan, which will premiere next year, , and will begin production later this summer..

The first season of the series, meanwhile, will premiere on July 11,

Produced by Lionsgate Television, "Orange Is the New Black" is based on the Piper Kerman memoir of the same name. Set in a women's prison, the series stars Taylor Schilling as Piper Chapman, whose relationship with drug runner Alex (Laura Prepon of "That '70s Show") earns her a 15-month stint in a federal penitentiary. Jason Biggs also stars, as Chapman's fiance Larry.