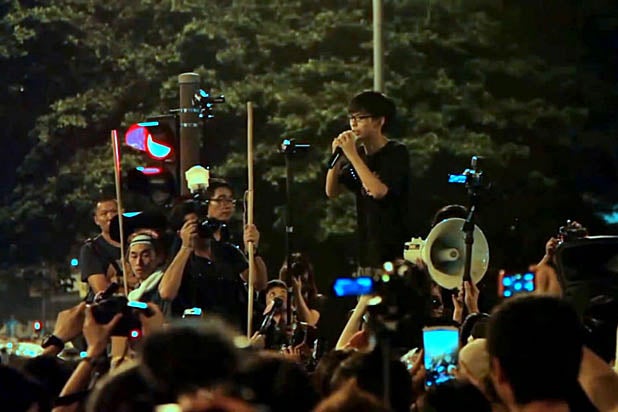 The film, which is a June Pictures production, will launch globally later this year, simultaneously to Netflix’s over 93 million members in 190 countries.

The film focuses on teenage Hong Kong activist Joshua Wong, who rallied thousands of kids to skip school and occupy the streets when Chinese  Communist Party threatened its promise of autonomy to Hong Kong.

Wong became an unlikely leader in Hong Kong and one of China’s most notorious dissidents.

“Joshua: Teenager vs. Superpower” is written and directed by Joe Piscatella (“#chicagoGirl: The Social Network Takes on a Dictator”). The film is executive produced by Alex Saks and produced by Andrew Duncan, Matthew Torne and Mark Rinehart.

“‘Joshua: Teenager vs. Superpower’ is a filmmaking triumph,” Lisa Nishimura, Netflix VP of Original Documentaries, said in a statement. “Piscatella has woven together the complex and inspirational story of an unlikely activist, whose acts of bravery and conviction need to be seen around the world. In an era where we are witnessing heightened civic participation and freedom of expression, we are pleased to offer a global platform for audiences to engage on these issues.”

“We could not be more thrilled to be in business with Netflix,” says Duncan, the film’s producer and founder of June Pictures. “Their global platform will allow us to share Joshua’s message about the importance of due process of law and freedom of speech with a worldwide audience.”

“The Netflix partnership will also allow us to reach millions of young people who will find inspiration in Joshua’s story,” Piscatella added.