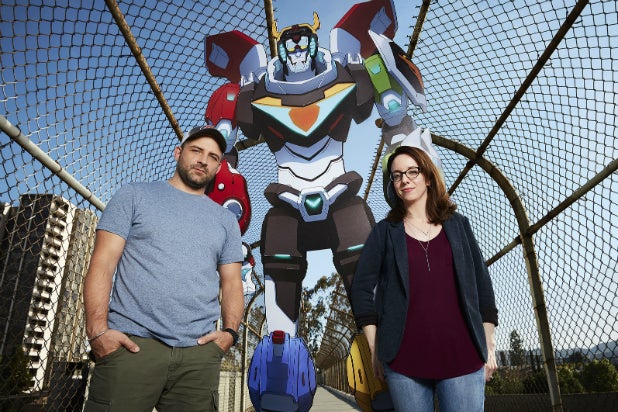 For two seasons, the paladins of Voltron — five teenagers who were chosen to pilot the lions that eventually form to become the famous giant humanoid robot — have played their disparate parts. Shiro, for example, was the leader of the team, while Keith was the loner and spontaneous fighter — always going into a fight without strategizing.

However, with Season 3 of “Voltron: Legendary Defender,” the Dreamworks Animation show that debuted on Netflix earlier this month, fans noticed a big change: Several characters got switched around and brought into different roles on the team.

For people who are tuning into the show for the first time with the reboot, this registers as a dramatic shakeup, with characters being thrown outside their comfort zones. Fans of the original 1984 cartoon will notice something more familiar, with the characters finally taking their place in the lions they piloted in the first show. It’s a dramatic moment that’s been in the works since before the series even began airing.

“Voltron: Legendary Defender” is a hodge-podge of old and new, campy and serious, nostalgia and the need to tell a new story. So when deciding what to do about things such as the characters’ roles in the team, executive producers Joaquim Dos Santos and Lauren Montgomery knew they had to balance their love of the original series with their quest to make something new.

“We knew we needed to do honor to the stuff we remembered and what stood out to us as kids,” Montgomery told TheWrap. “There was a lot of stuff in the old show that we felt needed updating and couldn’t really be brought over. We kind of had to battle our own nostalgia.”

One of the main things was the team lineup. The two were always confused about why the characters’ armor never matched the colors of their lions.

“I wanted to make sense of why their colors never matched up. We reverse engineered a lot of that stuff as we figured out how to make this story happen,” Montgomery said. “We had our laundry list of things we wanted. From there, it was a matter of figuring out when the best time to have this happen in the story.”

So, it makes sense that they would choose to wait until Season 3 to bring back the original lineup. It gives the show breathing room to come up with something new.

“Voltron” has also been an experiment in updating classic anime tropes. While the first “Voltron” is an American cartoon (cobbled together from anime footage), it takes a lot of cues from Japanese media. That includes the plot-of-the-week, formulaic structure and the recycled animation that showed characters performing the same sequences over and over again.

Dos Santos and Montgomery both understand the out-dated aspects of the original show and knew one of the biggest challenges of “Legendary Defender” was in how to update that. Season 1 tackles a lot of these problems. In a memorable sequence lifted from the original, the paladins go through a complicated series of obstacles to get to their lions. While it was a smooth process in the original, in the reboot, they ran into some problems, with some members getting lost or getting stuck. 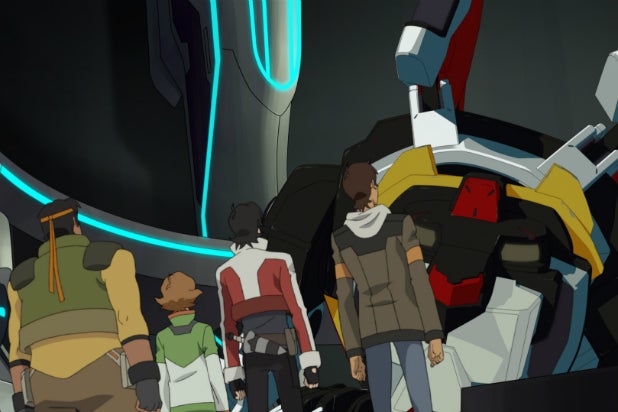 Another drastic but welcome change came with the character of Pidge, who pilots the green lion. In the original, he was the dorky one — small and with giant glasses. In the reboot, not only was Pidge fleshed out, but he was made female, further adding to the gender diversity of the cast, which originally only had one female character.

The two also knew they wanted to create a highly-serialized story — the complete opposite of the original — but sometimes struggled with not making it too serialized or too character-driven. Both Dos Santos and Montgomery come from other animated shows like “Avatar: The Last Airbender” and its sequel “The Legend of Korra,” which are both long, character-driven stories made primarily for young audiences, but also for older ones. They have experience with balancing humor and drama, along with mature storylines and more kid-friendly ones.

“Sometimes we want to do episodes that are extremely intimate and focus on one character’s thing. At some point you have to realize that there’s going to be this 6-year-old watching this person cry at the camera for 22 minutes,” Dos Santos said. “It’s striking that balance between telling that story and getting the dramatic performances across but also making sure that it’s a giant robot show about give lions running around the galaxy and blowing things up.”

Season 3 is shorter than the other installments, clocking in at seven episodes. It also ends in a strange place. While previous seasons all concluded on a climactic battle, season 3 ends with a flashback where we find out the origins of Zarkon, the Big Bad of the first two seasons. It’s tragic as we watch what was once a respected military and governmental leader go mad and bring most of his entire civilization down with him.

Also Read: From 'Moana' to 'Finding Dory': 12 Disney Movies to Watch on Netflix Before They're Gone (Photos)

The decision to end Season 3 there was partially Dos Santos and Montgomery’s, but was spearheaded by Netflix execs, who wanted to reduce the break in between seasons. The “Voltron” team was initially creating a typical 13-episode installment.

“We had to kind of reverse engineer where that break would come in the season. We found the best spot that we could,” Dos Santos said.

Season 4 is set to premiere in October so no, fans won’t have to wait nearly as long as the previous six months. We’ll see if it pays off for Netflix.

“With anything that’s very serialized, when you put something on a bingewatch-type of platform, people bingewatch it and then there’s not as much rewatching throughout the year,” Montgomery explained. I think this is an attempt to keep ‘Voltron’ around longer throughout the year by releasing it in smaller doses but ultimately, it was an approach they’re trying out and they’re hoping for the best.”

Correction: A previous version of this story said there were eight episodes in Season 3. There are seven.