Netflix’s ad tier will not let users watch a handful of major and popular titles, including originals like “House of Cards” or acquired programming like “New Girl.”

In its announcement of the Basic with Ads plan, which launched for $6.99 earlier on Thursday, the streamer had said that a “limited number” of titles would be unavailable due to licensing restrictions, which it had said it is working to resolve. However, that includes titles including but not limited to “Arrested Development,” “Friday Night Lights,” “Good Girls,” “The Good Place,” “The Last Kingdom,” “The Magicians,” “Peaky Blinders” “Queen of the South” and “The Sinner.” Restricted movies include such titles like “The Imitation Game” and “Skyfall.” 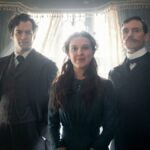 At the time, Netflix had estimated that 5-10% of user viewing would be impacted, forcing the company — which has had to reckon with subscriber loss and dwindling stock prices this year — to renegotiate existing contracts and obtaining rights. Most of the streamer’s early originals, like “Hemlock Grove,” which left the streamer recently, were licensed rather than outright owned.

For users that are making the switch or joining the streamer on the plan for the first time, these titles still appear in the Discover tab and via the search function, but present a small lock icon in the window’s top right corner to indicate lack of access.

Netflix’s Basic with Ads plan launched at 9 a.m. PT in the U.S., Australia, Brazil, Canada, France, Germany, Italy, Japan, Korea, Mexico, Spain and the U.K. The ad-tier compliments the streamer’s ad-free Basic, Standard and Premium Plans, which are priced at $9.99, $15.99 and $19.99, respectively, and is essentially another version of the Basic plan with an average of four to five minutes of ads per hour. Each ad is 15 or 30 seconds in length, playing before and during programs.

Correction: This article had incorrectly listed some titles as unavailable for viewing on the Basic with Ads plan. 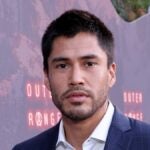