Netflix had a record-setting year in 2020 — and its top executives were rewarded handsomely for it, with co-CEOs Reed Hastings and Ted Sarandos bringing home a combined $82.5 million last year, according to a company filing with the SEC on Friday.

Hastings’ compensation jumped 12% last year to $43.2 million, according to the filing. The bulk of that — about $42.43 million — came from stock options; the rest of his compensation included a $650,000 salary and about $147,000 in “other” compensation, which was spent on “personal use of company aircraft.”

Sarandos, meanwhile, was paid $39.3 million last year — up 13% from the $34.7 million he earned the year before. His compensation package included a $20 million salary and $18.3 million in stock options; another $1 million was included in the form of “other” compensation, with most of that going towards “residential security costs,” per Netflix’s filing. Sarandos was named co-chief executive last July, adding to his role as chief content officer at the streaming giant. 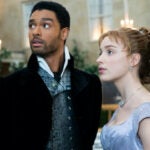 Netflix pulled in a company-record 37 million new customers last year, thanks in large part to the pandemic forcing people to stay at home. Earlier this week, Netflix reported it added 4 million new subscribers between January and March bringing the company to 207.6 million customers overall.

Netflix’s filing also showed CFO Spencer Neumann brought home $12.9 million last year, which was about $1 million more than he earned in 2019. And Greg Peters, Netflix’s chief operating officer and chief product officer, earned $20.8 million in 2020, which represented a 12% boost from the year before.