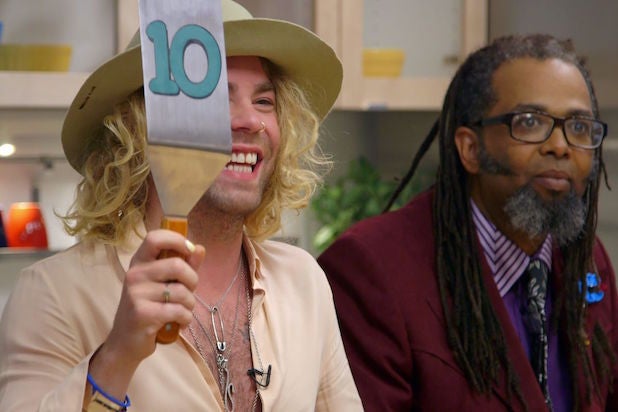 Netflix has hit a low note with “Cooking on High.”

The food series, in which competitors cook marijuana-infused dishes for a pair of judges, has been panned by viewers and critics alike.

One Washington Post review slammed ineptitude among the show’s judges, one of whom evaluates a cod cake dish after admitting to have never eaten fish. “‘Cooking on High’ is a poor man’s ‘Chopped,’ with two fewer rounds and chefs,” wrote Sonia Rao.

Eater also wasn’t blown away, describing its target audience as “full-blown potheads, college stoners, and teenagers who are just starting to experiment with marijuana will likely dig the in-your-face smoke jokes and party vibes of Cooking on High. For everyone else, it’s a hard pass.”

Some Twitter users expressed confusion about the show’s premise as well as its underwhelming venue, comparing it to a particular Scandinavian furniture store.

How would they be able to figure out which one actually got them high?? Bc they'll be high regardless off one most likly, but they won't know which got them high the most. Also, one of the judges was already high prior to coming into the show lol.

Cooking on High looks like it’s filmed in an IKEA

Don’t watch Cooking On High episode 1. Mod Sun is the most annoying person ever

However, others seemed to enjoy its irreverent nature, even inquiring about how to become a judge on the show.

cooking on high is art

I love how the episodes on #CookingOnHigh are 15 minutes long, just like the attention span of the average stoner.

I want to see a mash up of Cooking on high and The Great British baked off.
I just think seeing Mary Berry stoned out of her mind would be funny ????#greatbritishbakeoff#cookingonhigh

Hey @netflix how do you become a judge for Cooking on High?