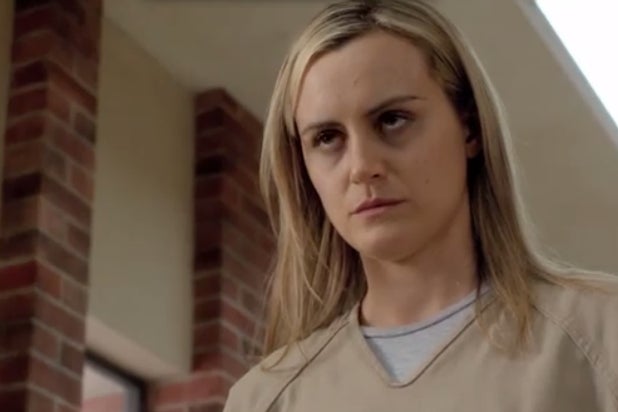 Netflix’s hit series “Orange Is the New Black” will return with Season 2 on June 6.

The steaming service released a brief teaser to the web on Saturday, previewing upcoming events in super-short fashion. In the 16-second clip, all of viewers’ favorite (and we suppose, least favorite) inmates are looking back over their shoulders or staring straight into the camera, varying between wary glares and menacing ones.

And of course, “Crazy Eyes” (Uzo Aduba) just looks completely insane. This time around though, so does protagonist Piper Chapman (Taylor Schilling).

Like the inaugural season of “OITNB” and other Netflix series, the second season of “Orange” will be available in its entirety on June 6.

Season 1, which is currently on Netflix for catch-up streaming, ended with (Spoiler Alert) Chapman brutally beating — and possibly killing — her prison nemesis Tiffany “Pennsatucky” Doggett (Taryn Manning) in the yard as a guard looked away.

The new season premiere date was originally revealed at the end of the last episode of “House of Cards” Season 2, in post play on the Netflix site.

Watch the “Orange Is the New Black” Season 2 teaser: