We’re guessing a lot of tweens have a thing for Noah Centineo and Joel Courtney.

Netflix released a report of the 2018 original Netflix films that were the most rewatched by their viewers on Tuesday, and the streamer says nearly half of all the people who watched the teen romances “The Kissing Booth” and “To All the Boys I’ve Loved Before” ended up rewatching the films.

The music biopic “Roxanne Roxanne” rounded out the top three of the most rewatched films of 2018, which they referred to as “The Movies We Fell in Love With This Year.”

Netflix made clear that this data doesn’t represent the overall viewing numbers of any of these films, but that these films released between Jan. 1 and Nov. 28 had the highest rewatch rate based on global Netflix viewing.

“The Kissing Booth” stars Joey King alongside Joel Courtney and Jacob Elordi as the story of a high school girl who is forced to confront her secret crush at a kissing booth. The film debuted on May 11.

“To All The Boys I’ve Loved Before” earned some praise from critics for its Asian lead actress Lana Condor alongside breakout star Noah Centineo. Susan Johnson directed the story about how a teen girl’s secret love letters get exposed and wreak havoc on her life. It debuted on Netflix Aug. 17.

Condor, Courtney, Centineo and King were all also among another list Netflix put out of stars whose Instagram followings grew the most in 2018 following the release of their films. The Fab Five of the reboot of “Queer Eye” topped the list of 10, which you can find below: 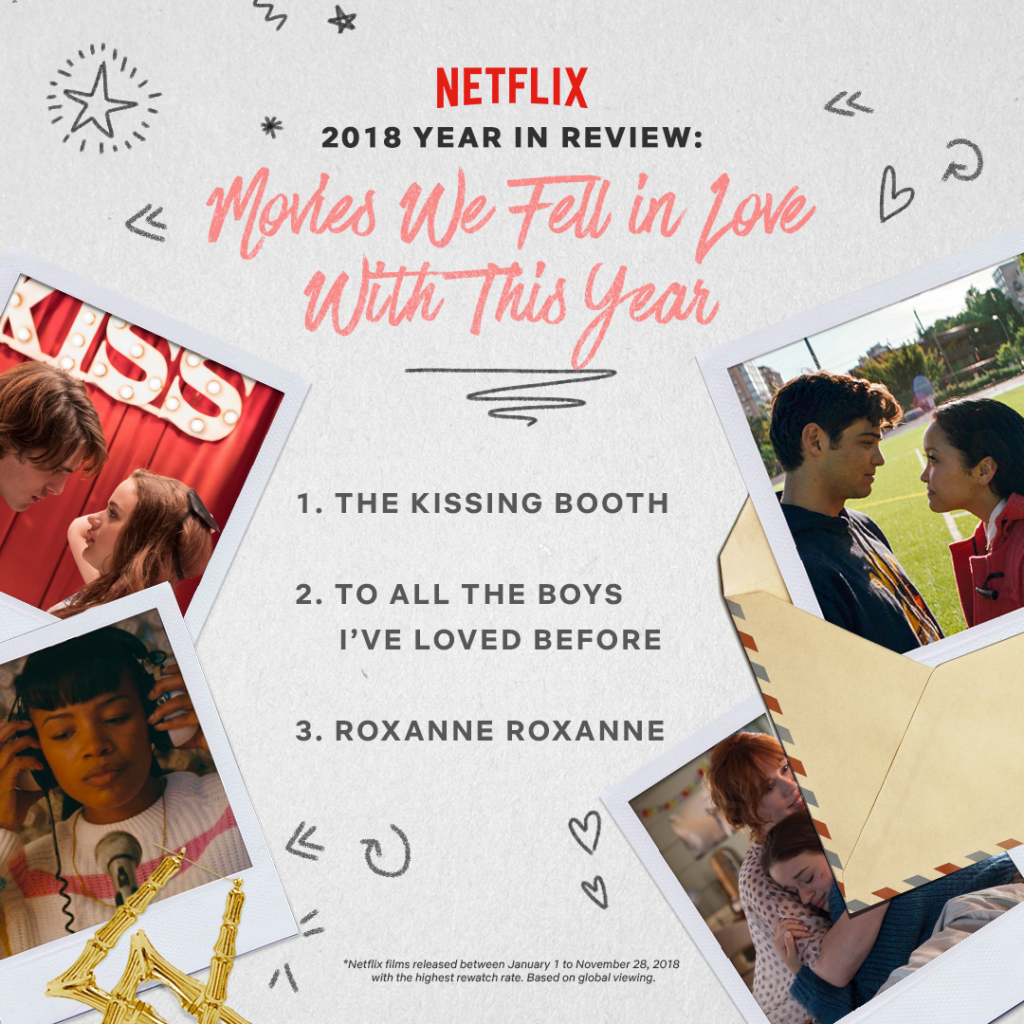