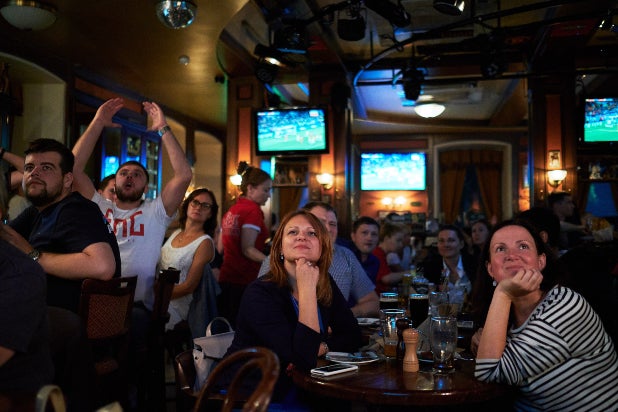 Nielsen reversed its decision to postpone its implementation of out-of-home viewing into national ratings data, which is now again scheduled for the fall.

“While gratified by the speed with which Nielsen reversed their postponement plan, it was crystal clear that a quick reversal was Nielsen’s only viable option,” VAB President & CEO Sean Cunningham said in a statement. “Marketers are deep into planning and activation discussions with their multiscreen TV ad sales partners, the last thing advertisers need in 2020 is an unnecessary step backwards from a currency provider. The TV industry’s solidarity in always pushing for innovation made sure that potential delay was eliminated quickly.”

The ratings currency company’s Thursday announcement that it was delaying the implementation of viewership in bars, restaurants, airports and hotels, among other platforms, took networks by surprise. It was also not well-received. Cunningham blasted the decision in a letter to Nielsen on Friday morning.

“‘Blindsiding’ is perhaps the politest way of characterizing how under-communicated and contradictory this morning’s announced decision from Nielsen was,” Cunningham wrote. “As all of my members have been in frequent, weekly conversations with their Nielsen counterparts, including recent exchanges about this specific topic (2020 integration of OOH viewing data into National TV currency) the ‘postponement’ was received as an extremely BAD SURPRISE by my industry leaders, who were stunned by the lack of dialogue about this decision/topic before yesterday’s phone calls and this morning’s announcement.”

Also Read: Bye, Bye 'Blindspot': How NBC Drama Lost Its 'Voice' - and Then Its Viewers

Nielsen initially elected to delay the integration due to the impact the COVID-19 pandemic has had on out-of-home audiences, since “stay-at-home” orders meant that very few people were watching sports in bars or catching news programming in hotels and airports.

At Nielsen, we take pride in providing the market with transparent metrics that our clients can use to transact with confidence.

Earlier this week we communicated a delay to our plans to integrate out-of-home audiences into the National TV currency this fall. Our concern was about consumer behavior, and not the Nielsen methodology. While out-of-home audiences have been impacted by the COVID-19 pandemic, our methodology is strong and the data is reflective of consumer behavior.

That said, after speaking with many clients and learning more about your specific agreements for the upcoming season, it became clear that we had misunderstood the extent to which upfront deals have already been agreed to using out-of-home metrics. Given the circumstances, we recognize that a delay would cause greater disruption to the industry than maintaining our original plan. I also believe Nielsen needs to deliver on our promises, so that you can transact with trust and confidence. Therefore, Nielsen will move forward with the integration of out-of-home TV viewing into the National TV currency measurement starting in September 2020, as originally planned. We will also provide additional data on out-of-home behavior to help you interpret behavior shifts during the pandemic.

We regret any disruption we may have caused you, your customers, and the market this week. Going forward, we are committed to ensuring a more complete, inclusive, and transparent process as the currency evolves with changing consumer behavior.

In Nielsen’s initial postponement announcement, the company said it would still continue to offer its out-of-home metric, something that has been long-sought for by TV networks in the face of dwindling live ratings, as a separate standalone service. But Cunningham argued Nielsen was contradicting itself by doing that, and said that out-of-home viewing was relatively stable during the pandemic.

“The Nielsen OOH data is either fit to be currency or it is not,” he wrote. “Our experts have seen less statistical bounce and less volatility in the OOH data than in other Nielsen currency products, thus “COVID” as decision-driver does not ring true.”

ViacomCBS also criticized the delay: “Nielsen’s abrupt delay of the long-planned integration of OOH viewing into the National TV currency less than two months before it was scheduled to be implemented is unacceptable and unjustifiable,” a ViacomCBS spokesperson said in a statement. “ViacomCBS – along with our peers and the VAB – is calling on Nielsen to reverse its decision.”