At last week’s Emmys, Julia Louis-Dreyfus jokingly announced that this was the "last official year" for broadcast TV.

The line got lots of chuckles among the industryites gathered in the Nokia Theater. But the networks might be getting the last laugh this fall. 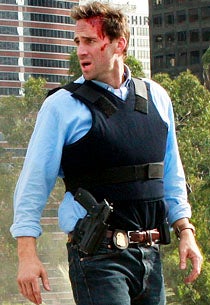 While it’s still very early to be making any iron-clad assumptions about the new season, after a couple of years of doom and gloom, things seem to be looking up for broadcasters. Several new shows are off to promising starts, while a number of returning shows are demonstrating surprising strength.

"Despite Julia’s prognostications, I think broadcast TV has a few more years left in it," said Preston Beckman, Fox’s longtime scheduling guru. "Overall, and not just for Fox, it’s been an encouraging start to what’s going to be a very long season.

"Every year you think, ‘This is it. It’s over,’" Beckman joked. "But I think for all kinds of reasons, there’s a lot to feel good about."

Indeed, on Thursday, ABC managed to draw the best numbers in two years for an 8 p.m. premiere with its launch of "FlashForward." The strong bow came a night after the network defied doomsday predictions for new comedies "Modern Family" and "Cougar Town," both of which roared out of the gate and put to rest the idea that viewers aren’t willing to sample new sitcoms.

Over at CBS, just about everything else the network is doing is working in a big way. Fox is on track to have its best fall in years (and maybe ever).

Even the little CW, which had the first cancellation of the year in "The Beautiful Life: TBL," has reason to smile. Newcomer "The Vampire Diaries" is building audience and buzz and appears headed for Hitsville.

"People are always anxious to to write off network TV," said Kelly Kahl, senior executive VP at CBS. "It’s nice to disprove that. "

Things are a bit tougher for NBC. After a solid bow, comedy hope "Community" took a tumble in week two, and the network ranked third or fourth in most time slots last week. But Jay Leno has met or exceeded expectations at 10 p.m., and while it’s too soon to judge the show’s ultimate level of success, so far, there’s been no cratering — and that’s a good thing.

Another hopeful sign for the networks: Media buzz has been great for this year’s crop of newcomers. While plenty of shows have been trashed, critics are getting behind several freshman in a big way.

"Every network can look to at least one show they’ve premiered and feel like they’ve added to their arsenal," Beckman said. "Three weeks from now, we may be writing some obits, but my gut is that there are a couple of shows that could be hanging around."

Keeping in mind that one week of numbers do not a season make — if so, "The Fugitive" might still be on CBS — here’s an early look at how each network is faring.

The early part of the week is shaping up very strongly for the Eye, which overall roared into the 2009-10 season. 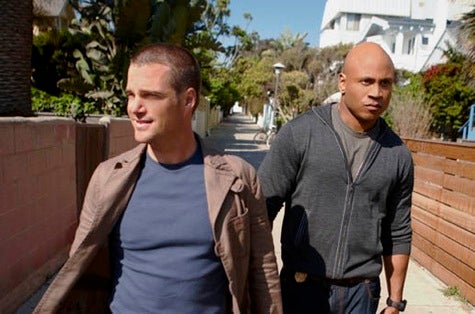 "We’re dominant or at the very least competitive in every time period across the week," said Kelly Kahl, senior executive VP at CBS.

Tuesday’s "NCIS"-"NCIS: LA" duo stunned with its monster numbers. "NCIS" could end up the No. 1 show of the week in viewers. On the same night, newcomer "The Good Wife" disappointed a bit, but only because of sky-high expectations around town; relative to how CBS has done in the time period recently, the show is off to a good starts.

Also bringing autumnal tidings of comfort and joy at CBS: Monday’s comedy block, which just got stronger with the move of "Big Bang Theory" to 9:30 p.m. and "How I Met Your Mother" to 8.  Who’s down with "BBT"? Every last homie under 50, it would appear.

While many predict there’ll be a big drop week two for new half-hour "Accidentally on Purpose," it bowed to decent numbers. And  on Wednesday, "Criminal Minds" remains a powerful anchor.

Problem spot for the Eye: "CSI" in the post-Billy Petersen era is clearly no longer a juggernaut. Aging shows are expected to decline, but networks prefer a soft landing– and a 40 percent decline year-to-year falls under the "crash landing" category.

Kahl, however, disagrees, saying "CSI" had "a very respectable opening." And don’t count out CBS’s ability to bring back viewers with stunts and events (and maybe a return visit from Petersen by season’s end?)

If Alphabet execs’ lives had been made into a movie early last week, it might’ve been called "Waiting to Exhale." The network made some of the gutsiest  scheduling moves of the season, and it wasn’t until Friday morning that ABC brass could relax a little. 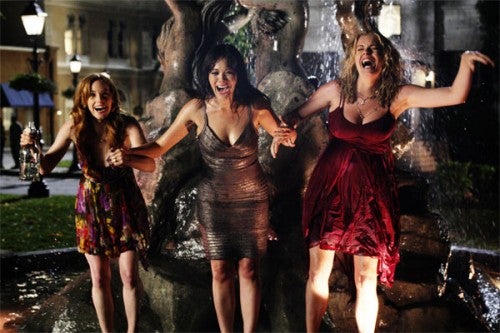 And even new drama "Eastwick," not exactly a promo priority for ABC this summer, debuted with respectable Nielsen numbers.

"We had shows that not only we loved, but that critics loved, and we put heavy marketing behind them," said Jeff Bader, ABC Entertainment Group’s executive VP of scheduling, planning and distribution. "It all sort of came together."

ABC’s strategy of airing three nights of "Dancing with the Stars" during premiere week also worked well, even though the show was down from last year.

"It’s a smart way to jumpstart the audience for us," Bader said.

It took a while, but Beckman and his Fox colleagues seemed to have finally figured out how not to spend the fourth quarter hiding in shame. One key: Having strong returning shows. 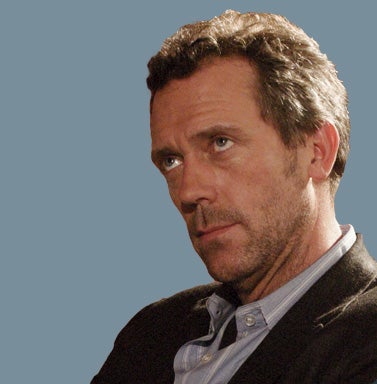 Monday’s massive numbers for the "House" premiere, for example, proved gravity is not a given when it comes to ratings for veteran series.   Fox also has established itself as a player on Thursday with "Bones." "Fringe," opposite much more brutal competition, is finding it harder to draw a crowd.

Some industry pundits wondered if the much-hyped "Glee" might end up one of the new season’s first casualties. Surprise: It was the first new show of the year to get a full season order.

Beckman thinks one reason Fox and the other networks seem to be off to a decent start this fall is because they’ve finally shaken off many of the negative effects of the writers’ strike.

"This is the first year in two seasons we’re back to more traditional launches to the season," he said.

Possible sore spots on the Fox lineup: Friday’s combo of "Dollhouse," "Brothers" and (starting this week) "Til Death." The first two shows were dead on arrival last week,

Everything without a script seems to be doing well on the Peacock this fall. NFL football is on fire, "The Biggest Loser" remains a big winner, and Jay Leno? Well, he’s given NBC stability at 10 p.m., though it’s too soon to say where his show will end up once things settle down. 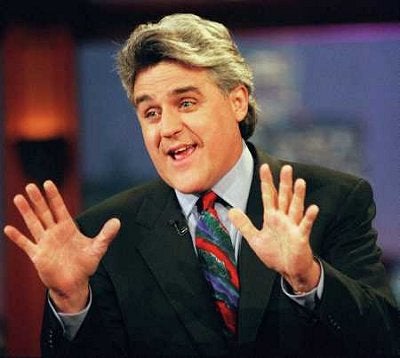 On the positive side, "The Office" is still a Thursday hit. And "Community" got big sampling two weeks ago (but slid once ABC and CBS got into the game).

But once-mighty "Heroes," though retaining a solid core, has no oomph left. The "Law & Order" franchise marked its 20th year last week with poor performances on Wednesday and Friday ("SVU" took a notable hit). And new nurse drama "Mercy" didn’t pop in its premiere (though it didn’t completely tank, either.)

"’Mercy’ premiered and I think that show is going to be a very steady performer in the time period," he said. "And ‘SVU’ is a number that I think is going to come back. Viewers are going to find it on its new night, slowly." 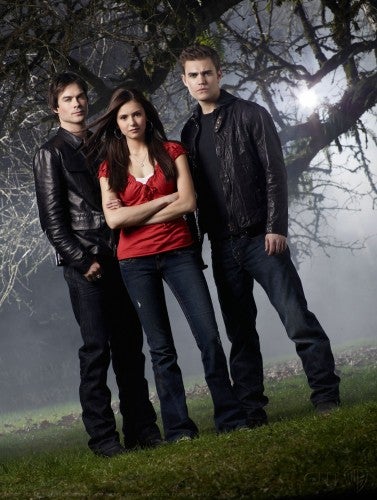 He also notes NBC started its season a week early. "We came out guns blazing in week one," he said. "Week three and four, let’s see where everything settles.:

The good: "The Vampire Diaries" is a hit. Full season pickup just a formality at this point.

The bad: "Melrose Place," despite high hopes (and good episodes), is going to take some time to build an audience after a lackluster ratings start.

The ugly: "The Beautiful Life: TBL" proves what happens when networks assume that, in 2009, viewers of one show (in this case, "Top Model") will tune in a series engineered to be a companion.