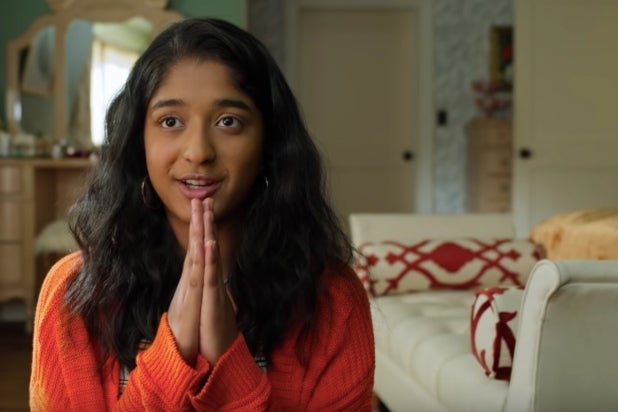 Netflix has renewed Mindy Kaling’s coming-of-age comedy “Never Have I Ever” for a second season, which is slated to stream in 2021.

“Never Have I Ever” follows the complicated life of a modern-day first-generation Indian-American teenage girl. The series stars Maitreyi Ramakrishnan as Devi, an overachieving high school sophomore who has a short fuse that gets her into difficult situations, according to its official logline.

In addition to Ramakrishnan, “Never Have I Ever” stars Poorna Jagannathan as Nalini, Richa Moorjani as Kamala, Jaren Lewison as Ben, Darren Barnet as Paxton Hall-Yoshida, Lee Rodriguez as Fabiola and Ramona Young as Eleanor.

Also Read: 'Never Have I Ever' Star Darren Barnet on Whether Devi Should Choose Paxton or Ben (Video)

TheWrap spoke with Barnet shortly after Season 1 launched about the love triangle between Devi, her popular friend Paxton, and her former sworn enemy Ben.

“Paxton, I think, really does show his true colors in terms of how he cares about Devi, and he does save her from parties twice, and he rushes her to the hospital,” he said, adding that, “Ben is never quick to act. And, Ben, for one, is in a relationship.”

Readers can find out more about where Barnet sees that love triangle going for Season 2 here.

Season 1, which consists of 10 episodes, is currently available for consumption on Netflix.

Watch the cast announce their exciting news — and show off Ramakrishnan’s quarantine bangs — via the video below.

Never Have I Ever has been renewed for Season 2!

But that's not the only thing @ramakrishnannn wound up telling her co-stars… pic.twitter.com/vGWY06VLBu