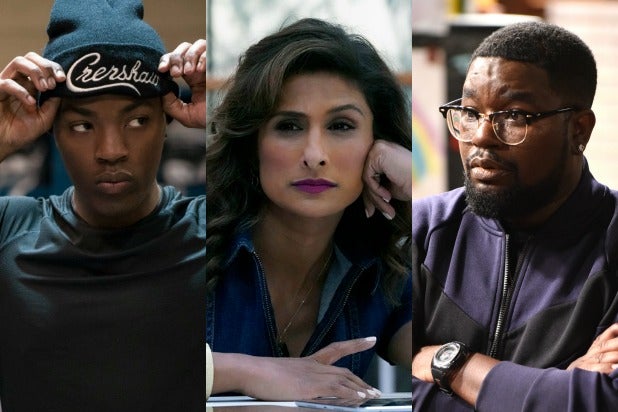 Twenty new TV shows have debuted across the five English-language broadcast networks thus far this season — to very varying degrees of success. Not all of them can be insta-hits: For every “Manifest” there is an “I Feel Bad,” unfortunately.

TheWrap has identified six freshmen series that are already in danger of being canceled — before or after their initial runs even end. Sorry ABC, you’re the twofer.

See what’s already on the bad side of the bubble (you know, if bubbles weren’t perfect spheres) below.

NFL alum Spencer Paysinger has a cool life story and the critics dig his biographical show — but viewers aren’t exactly blitzing their televisions to tune in. A “Certified Fresh” rating on Rotten Tomatoes got the CW football series a backorder of five scripts. But scripts aren’t episodes. This one could be a late-season pick up, or it could get cut.

More like “sad together” — are we right? Damon Wayans Jr. is always one of the hottest free agents of pilot season, but that doesn’t mean the projects he picks are always winners. We’ll soon see how much an upcoming guest turn from his real-life dad can help things out here. (Probably not much, to be honest.)

Don’t be fooled by the 1.1 demo rating, which would be fine for a Fox sitcom on Sunday nights. That number is skewed by the network having previewed Lil’ Rel Howery’s comedy immediately after an NFL doubleheader. Who would have thought that a sitcom starring Sinbad in 2018 wouldn’t resonate with viewers?

You should “feel bad” with these ratings, NBC. To be fair to the network, it kind of has to pick up anything Amy Poehler is pushing, right? “I Feel Bad” has the worst reviews of the scripted series on the list, with a 23 percent critics’ rating on Rotten Tomatoes.

If coffee is for closers only, Alec Baldwin will need to get his caffeine fix elsewhere. “The Alec Baldwin Show” is a disaster. This one is surely getting fired by ABC, and it will be a mission of mercy.