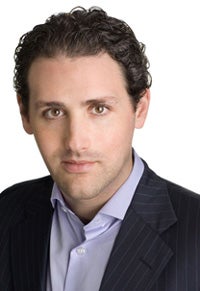 When BusinessWeek’s new owners at Bloomberg hired Josh Tyrangiel away from Time to become the magazine’s new editor-in-chief, it was a bit of an eyebrow-raiser, considering Tyrangiel’s experience in business media, or lack thereof (before being promoted to the top editor slot at Time.com in 2006, Tyrangiel was an up-and-coming music critic).

But Tyrangiel took a few steps to address his lack of experience on Friday, hiring some people who do.

It’s my pleasure to announce a few additions to the Bloomberg BusinessWeek staff.

Eric Pooley will be joining the magazine as Deputy Editor effective February 8th. Formerly the managing editor of Fortune, Eric is a Bloomberg columnist and author of the upcoming book ‘The Climate War: True Believers, Power Brokers, and the Eleventh-Hour Fight to Save the Earth.’ I worked with Eric during his stint as the editor of TIME’s European edition and can say that he’s one of the finest editors in the business. And his writing ain’t bad either.

Hugo Lindgren will be starting as Executive Editor effective March 8th. Currently the editorial director of New York Magazine, Hugo has a long record of editing top notch feature stories and memorable special issues, both at New York and, prior to that, at the New York Times Magazine. He brings tremendous energy and creativity, and like Eric, is a talented writer on subjects ranging from music and sports to finance and politics.

Last but not at all least, I’m thrilled to announce that Executive Editor Ellen Pollock and Managing Editor Ciro Scotti will fill out our top management team. I don’t need to tell anyone how crucial Ellen and Ciro are to what we do, but I’ll do it anyway. Ciro’s calm in the center of our weekly storm, mastery of detail and insistence that every headline can be improved are an inspiration. Ellen merely holds everything together, making our stories smarter and our days a lot more fun and chocolate-filled.

Please join me in congratulating Eric, Hugo, Ciro and Ellen.