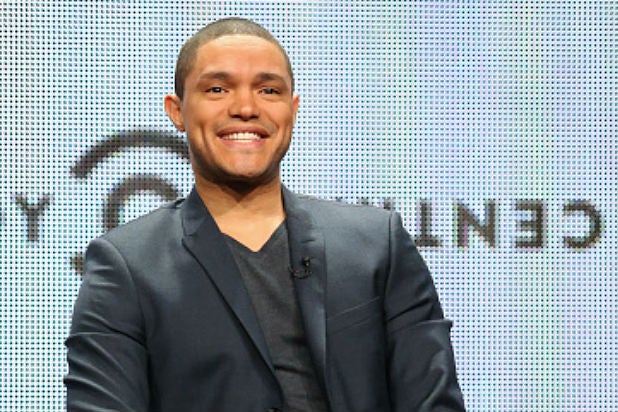 New “Daily Show” host Trevor Noah does not purposely seek to upset people, saying, “I don’t strive to be offensive, but can never control what people find as offensive or not.”

Noah also spoke about the Twitter controversy that embroiled him soon after he was named the host of the satirical news show, telling the Television Critics Association on Wednesday, “Thankfully, Comedy Central hasn’t limited me to 140 characters, so I should be able to say things in a better, well-formed way.”

The South African comedian also spoke earnestly about his desire to live up to the expectations of his soon-to-be predecessor, Jon Stewart, and how he hopes the focus will not be solely on him. “It’s about the show first. It’s not about me,” Noah said.

He also said he understands that comparisons to Stewart will be inevitable, but reminded the audience that Stewart built his audience and reputation over the course of 16 years. “I hope in time to have the same impact,” Noah said.

Noah also told the crowd that he does not consider himself a journalist. “I’m not in the news business. I’m in the comedy business,” he said. That same sentiment has been often repeated by Stewart during his tenure on “The Daily Show.”