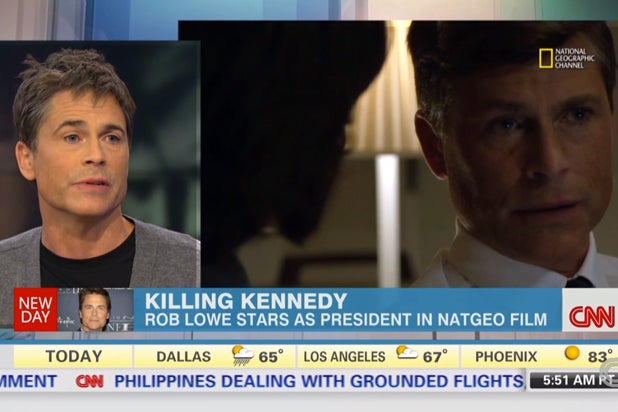 What do you do when you’ve got an interview with the star of a film based on a book written by a rival network anchor?

That’s what CNN’s “New Day” hosts had to figure out when Rob Lowe stopped by on Friday to promote his made-for-TV movie “Killing Kennedy.” The flick, which is based on the book by Fox News’ Bill O’Reilly, airs Sunday at 8/7c on the National Geographic Channel.

“The movie is based on a book by a man named Bill O’Reilly,” Chris Cuomo said. “Do I have it right?”

“Right, and he’s basically a straight-line reporter, not known for much outside of that,” Cuomo said.

Lowe did say that O’Reilly had been “so supportive and great,” although “I really don’t want to cross Bill O’Reilly so much.”

“I wonder why?” Kate Bolduan said.