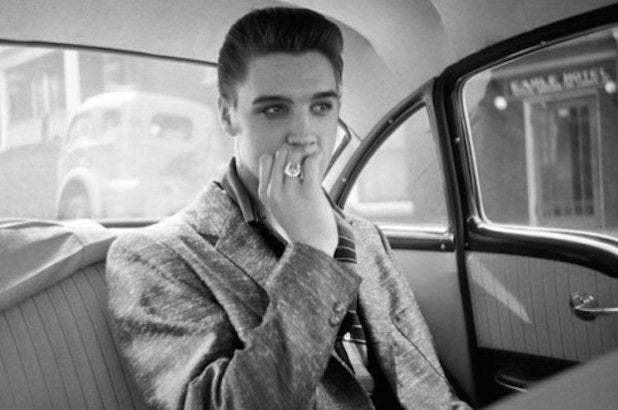 A fictional series chronicling the life of Elvis Presley is in the works from The Weinstein Company in association with the late singer’s estate.

The series will be based on the book “Elvis” by David Marsh and will be the first-ever TV series to be shot at Graceland in Memphis, Tenn.

“I’m a big fan of Harvey Weinstein‘s independent films,” Priscilla Presley said in a statement. “I’m thrilled to have the opportunity to work with him on this show and tell the story of how Elvis changed the culture of music and initiated a revolution that changed the world.”

“To this day, Elvis is one of the few that lives up to the word ‘icon,'” added Harvey Weinstein. “He is one of the most celebrated entertainers of all time whose influence surpasses the music he created. People’s fascination with his story goes beyond the stage and this biopic will pay homage to his brilliant legacy and give viewers an in-depth look at how he became ‘The King.”

The 8-10 part series will delve into every aspect of Elvis Presley’s life, with access to all of his personal archives including journals, clothing, automobiles, and his Graceland home.

Weinstein Television will work in full partnership with the Presley Estate, as well as Priscilla Presley, Jerry Schilling, Harvey Weinstein and David Glasser who have signed on as executive producers.

Presley has been portrayed by at least 20 different actors on screen, including Tyler Hilton in “Walk the Line,” Jonathan Rhys-Meyers in miniseries “Elvis: The Early Yers,” and Michael Shannon in the upcoming indie drama “Elvis and Nixon.”