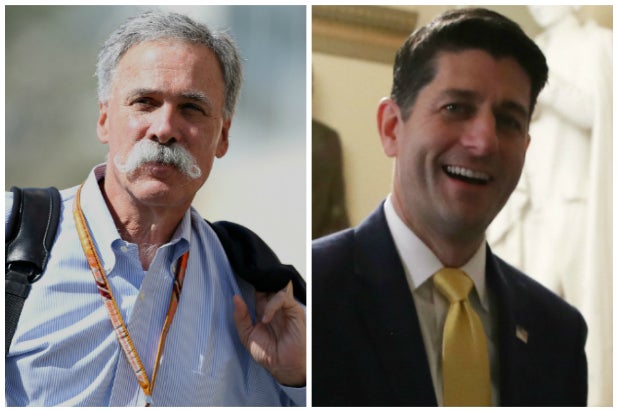 Lachlan Murdoch, Fox chairman and CEO, said: “We are thrilled to welcome our new colleagues to the Fox board. We look forward to working with and being guided by them as we begin a new chapter, steadfastly committed to providing the best in news, sports and entertainment programming.”

Carey was Fox president from 2009 to 2015. He’s now chairman and CEO of Formula 1 auto racing. Find Carey’s, Ryan’s and the other newcomers’ bios below, all in Fox’s own words.

Fox’s Class A stock will trade under ticker symbol FOXA. Class B will trade as FOX.

Ms. Anne Dias is the founder of Aragon Global Holdings, an investment fund focused on global media, technology and telecommunications companies, and has served as its Chief Executive Officer since 2001. Ms. Dias currently serves on the board of directors of Eurazeo SE, a multinational publicly-listed investment firm based in Paris, France, and serves as Chair of its audit committee. A graduate of Georgetown University and Harvard Business School, Ms. Dias is an adjunct professor at the Georgetown University McDonough School of Business where she teaches hedge fund investing. She serves on the Board of Dean’s Advisors of Harvard Business School.

Mr. Chase Carey is the Chairman and CEO of Formula 1. Mr. Carey previously served in a number of roles at 21CF beginning in 1988, including as Vice Chairman from 2015 to 2019, as President and Chief Operating Officer and Deputy Chairman from 2009 to 2015 and as a director from 1996 to 2007. From 2003 to 2009, Mr. Carey was the President and CEO of DIRECTV, Inc. Mr. Carey has also been a director of Saban Capital Acquisition Corp. since 2016. He is a graduate of Colgate University and of Harvard Business School.

Mr. Paul D. Ryan served as the 54th Speaker of the U.S. House of Representatives from 2015 to 2019, in which capacity he spearheaded efforts to revise the federal tax code, rebuild the national defense, expand domestic energy production, combat the opioid epidemic, and reform the criminal justice system. Mr. Ryan previously chaired the House Ways and Means Committee and the House Budget Committee. In 2012, he was selected to serve as former Governor Mitt Romney’s Vice-Presidential nominee.  Mr. Ryan is a graduate of Miami University, Ohio, which has also awarded him with an honorary degree.