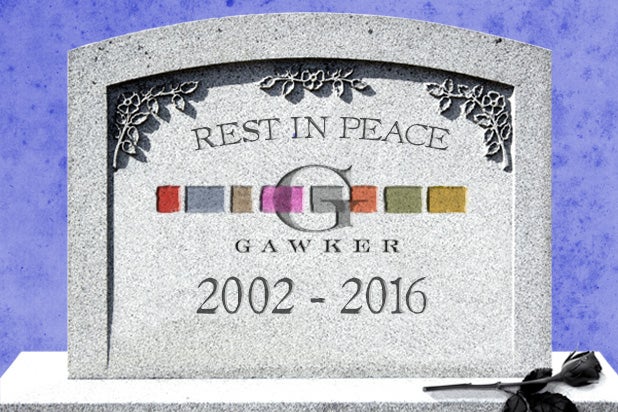 Gawker is rising from the ashes, planning to relaunch in early 2019 under new owner Bryan Goldberg.

Bustle Digital Group, Goldberg’s company, confirmed to TheWrap that Gawker would relaunch in early 2019, and that Amanda Hale has been hired as the first “new” Gawker employee, serving as publisher.

Hale was most recently chief revenue officer at The Outline. Hale will be responsible for building out the sales and marketing teams, and developing the overall strategy for the brand. Her first project will be to solidify a plan to ensure the Gawker archives have a safe and permanent home. Goldberg will be investing “significant resources” in this relaunch.

Gawker Media was sold in July to Bustle chief Bryan Goldberg in a bankruptcy court auction.

The auction was held behind closed doors at the New York offices of the firm Ropes & Gray. Reuters reported that Goldberg paid $1.35 million for the site. The opening bids began at $1.3 million. A rep for Goldberg did not immediately reply to a request for comment.

Goldberg, a millennial media entrepreneur, is also the founder of Bleacher Report and has been mocked by the company he now owns. Reporter Hamilton Nolan — who publicly warned any future owner of Gawker to tread lightly — called Goldberg “not a smart man” and someone who “mocks himself far better than his critics ever could” back in 2013.

Once a powerhouse generating hundreds of millions of page views per month, Gawker Media was forced into bankruptcy after coming out on the losing end of a lawsuit brought by ex-pro wrestler Terry Bollea (a.k.a. Hulk Hogan) and his billionaire backer Peter Thiel.

Gawker’s sister sites, including the tech site Gizmodo and sports-oriented Deadspin, were sold off to Univision in August 2016 for $135 million. Univision announced this week that it plans to sell off the sites along with the satirical The Onion, in which it holds a controlling stake.