The Hulu Original Series “The Kardashians” premieres on Apr. 14, the streamer announced on Monday. It’s the new home for the clan of reality stars, whose E! series “Keeping Up With the Kardashians,” wrapped in June 2021.

New episodes featuring Kris, Kourtney, Kim, and Khloé Kardashian, as well as Kendall and Kylie Jenner, will drop every Thursday. The teaser trailer is set to the Nina Simone classic, “Feeling Good,” and promises, “All the walls will be shattered.”

The official logline is as follows: “The family you know and love is here with a brand new series, giving an all access pass into their lives. Kris, Kourtney, Kim, Khloé, Kendall and Kylie bring the cameras back to reveal the truth behind the headlines. From the intense pressures of running billion-dollar businesses to the hilarious joys of playtime and school drop-offs, this series brings viewers into the fold with a rivetingly honest story of love & life in the spotlight.” 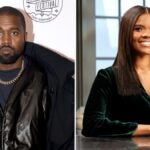 Also Read:
Kanye West Thanks Candace Owens for Taking His Side in Kim Kardashian Feud