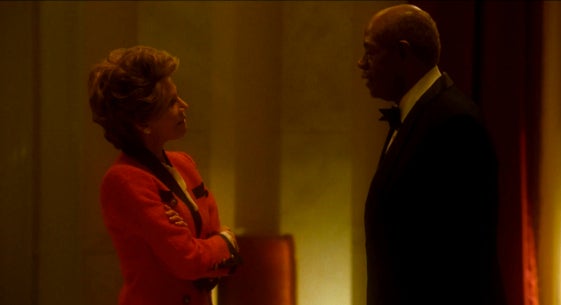 The Weinstein Co. released a clip from the newly christened "Lee Daniels' the Butler" Thursday.

"I don't think that whatever differences there might be in our politics really matters," Fonda said. "As an actor I approach her as a human being, and I happen to know she's not unhappy that I'm playing her".

Regardless what the former First Lady thinks, there has been some conservative backlash against the casting; Facebook groups such as "Boycott Hanoi Jane Playing Nancy Reagan" have attracted more than 20,000 members.

Also Read: Jane Fonda as Nancy Reagan is Controversial and All Over Twitter

"Lee Daniels' The Butler" will be released Aug. 16.