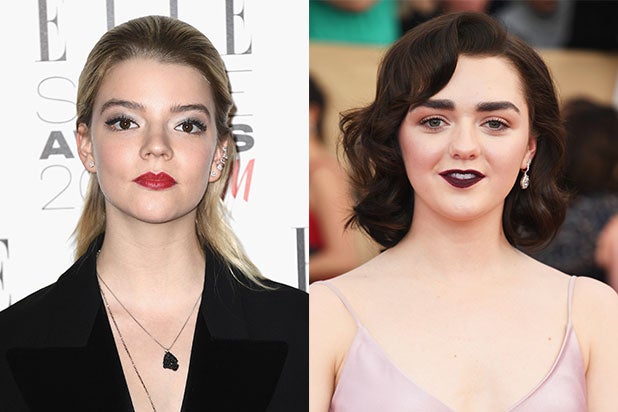 Josh Boone is directing “New Mutants” which is headed toward an early July start with a script by Boone and his writing partner, Knate Gwaltney.

“New Mutants” was created by Chris Claremont and Bob McLeod in the early 1980s and was the first “X-“Men comic spinoff.

“New Mutants” will focus on the angst-driven adventures of a diverse group of teens that include Native American Danielle Moonstar, Scots girl Wolfsbane, Brazilian ladies man Sunspot, a Kentuckian code-named Cannonball, and Russian teen Magik. Also in the mix will be an alien named Warlock.

Taylor-Joy will play Magik, a girl who has learned sorcery and uses teleportation discs to travel. She is also the sister of Colossus, who appeared in “Deadpool.”

Williams will play Wolfsbane, a girl struggling to reconcile her religious beliefs with her power to turn into a wolf.

Taylor-Joy broke out with the 2015 award-winning period horror movie “The Witch” and starred in M. Night Shyamalan’s hit,” Split.”

Taylor-Joy is repped by CAA, Felker Toczek and Troika in the UK.

Williams is best known for playing Arya Stark in “Game of Thrones,” which launches its seventh season in July.

Williams is repped by WME and Jackoway Tyerman.