With Ben Silverman’s departure, Jeff Gaspin takes on the role of Chairman, NBC Universal Television Entertainment. He spoke to TheWrap about challenges the fourth-place network is facing as well as overall issues facing the TV industry.

What does this change really mean for the network … and for you?

It means everyone recognizes there’s a secular challenge to broadcast television. It means cable has emerged as the superior model. And there are ways to work together, to make them both more successful. 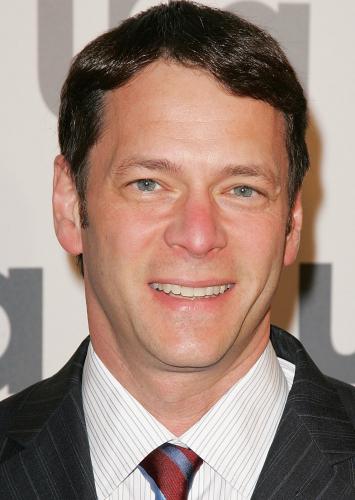 So does that mean you will be looking to cable to reinvent broadcast?

We will not be using the cable model, but I think there are some philosophies that can be applied to broadcast. Know your audience inside and out. Build brand filters. Don’t be all things to all people.

But that can’t always work for the wide net that is broadcast TV.

That’s right, but there are many things in broadcast that cable will never be. Cable doesn’t have news, sports and entertainment all in one place. Cable, while it has the ability to have a big audience, will never have the biggest audience. Even the weakest shows on broadcast often beat cable.

Won’t this take a long time to turn around since your fall schedule is already set?

Things move slower in broadcast. But things can change overnight. I can look like a genius tomorrow. It’s easy to say 90 percent of the shows will fail. It’s much harder to say what 10 percent will succeed.

Don‘t you have to push the envelope instead of stick with retread shows?

I actually think we move the envelope too much. And even when we do push the envelope, it takes patience. It takes more than the first year. (HBO’s) "True Blood" is an example. It took time for that to grow. "The Office" was like that — six episodes aired, it went on iTunes, and then the buzz really hit.

But having only a "quality" show isn’t always great either, right?

If the shows are really good, people will usually be patient. "Friday Night Lights" did not get ratings. But nobody disagreed that it was worth another shot. So we tried again. Then it didn’t get great ratings again. Maybe there was an indication it could explode on DVD. It didn’t.

What can you do to help build other revenue streams for shows besides just airing them on NBC?

Marc (Graboff) and Ben (Silverman) were innovators with the DirecTV deal for "Friday Night Lights." I want to see more of that.

Will the network’s priority finally be to find ways to market, build and keep buzz?