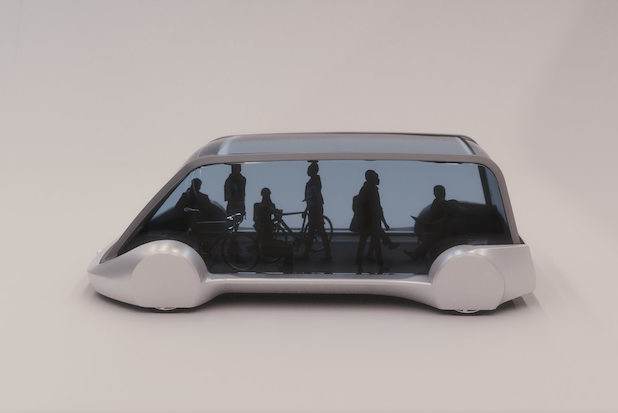 Elon Musk’s “The Boring Company” — which has its sights set on solving Los Angeles traffic through a network of underground tunnels — continues to tease the masses, releasing new pictures of the futuristic buses that’ll dart people around town earlier today.

The shuttles look like the coolest version of a subway car imaginable, with up to about a dozen passengers comfortably sitting or standing in the glass bus. (This reporter raises his hand to volunteer for first trial run with humans.)

This adds a second method of transportation from Boring (which is anything but); the company will also have cars locked-in to sleds above ground, drop below the surface on an elevator, and then shoot through the tunnels.

SpaceX and Tesla CEO Musk gave us a sneak peak at what it’ll look like in action earlier this month on Instagram, with the sleds racing through the tunnels at speeds up to 125 miles per hour.

[Warning, this may cause motion sickness or seizures] This is a test run of our electric sled that would transport cars at 125 mph (200 km/h) through the tunnels, automatically switching from one tunnel to the next. Would mean Westwood to LAX in 5 mins.

The genesis of the company stems from Musk’s frustration with sitting in traffic last year (he splits his time between the Bay Area in Northern California for Tesla and Los Angeles for SpaceX). Musk said on Instagram the first tunnels will go from LAX to Culver City, Santa Monica, Westwood and Sherman Oaks — trips that would take upwards of 45 minutes in rush hour traffic, but only five minutes via the tunnels.

For a look at how your car will be able to use the tunnels, check out the video below.