More than 60 percent of voters believe President Trump is encouraging white supremacy, is dishonest, lacks moral leadership and doesn’t care about average Americans, a new Quinnipiac University poll has found. Yes, that’s two-to-one who are down on POTUS right now.

Trump’s overall job rating is also down in every demographic, except for Republicans, who approve of Trump 77-14 percent. White voters with no college give Tump a positive rating of 52-40 percent, and white men approve 50-46 percent.

Roughly 1,500 self-identified registered voters were surveyed by phone between Aug. 17 and Aug. 22 in English and Spanish across the U.S.

Trump’s response to the violent white supremacist rallies in Charlottesville, Virginia, earlier this month is largely credited with the low approval. According to the poll, 60-32 percent of voters disapprove of Trump’s response. 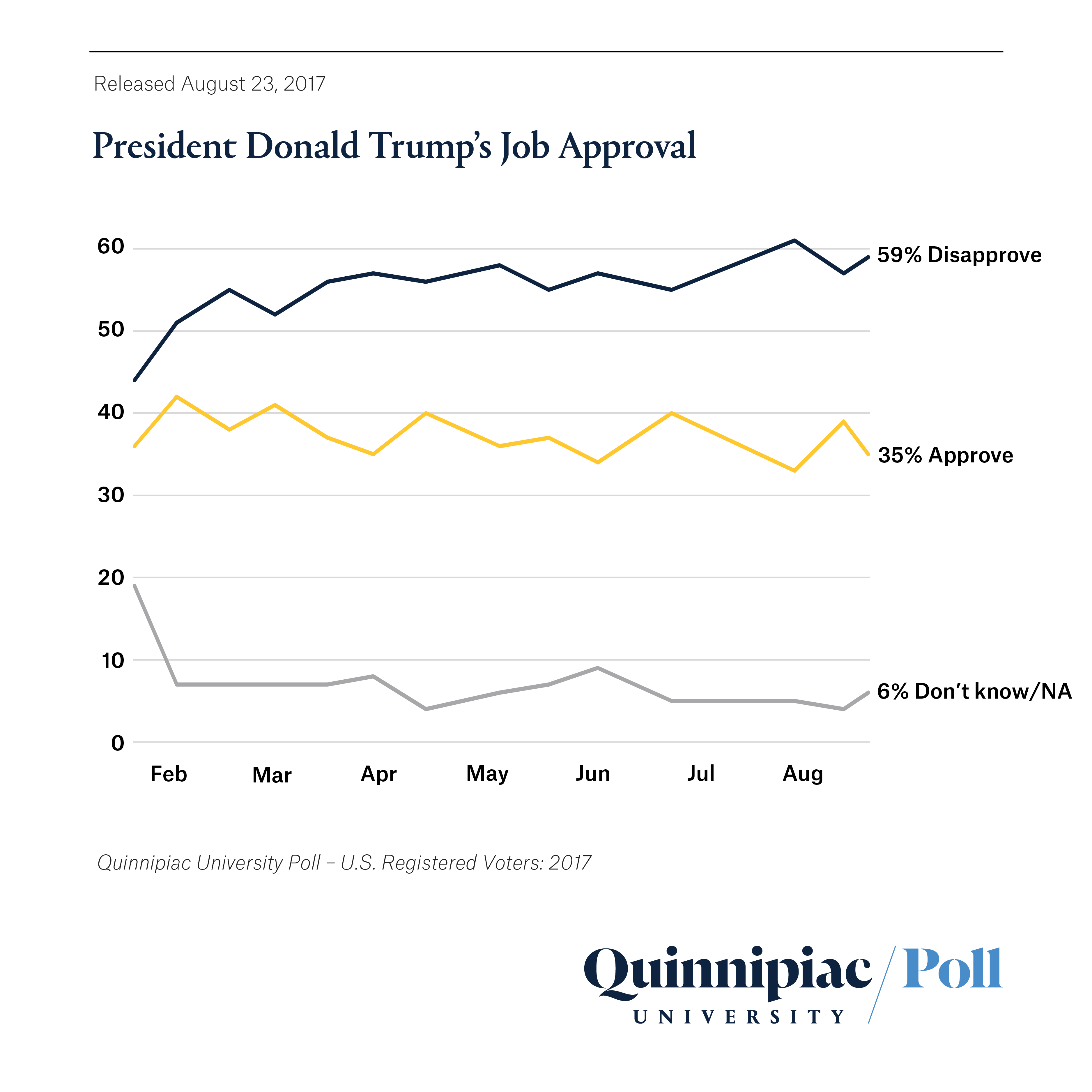 Trump now infamously said that there were “many sides” to the violent rallies that ended up killing Heather Heyer, 32, at the hands of a white supremacist participant who drove his car into a crowd of counter-protesters, and injured several others. Trump was criticized for not outright condemning white supremacist and Nazis by name until two days after the chaos, and then backpedalled a day later to reiterate that there were “very fine people on both sides.”

At a rally in Phoenix, Arizona, on Tuesday, Trump slammed the media for, he says, misrepresenting his comments after Charlottesville. He reread portions of his response, but left out the “many sides” part.

“The media can attack me, but where I draw the line is when they attack you, which is what they do,” he said. “It’s time to expose the crooked media deceptions and to challenge the media for their role in fomenting division.”

As he read his second response in which he mentioned white supremacists and the KKK by name, he told the crowd: “I hit ‘em with neo-Nazi, I hit ‘em with everything. KKK? We have KKK. I got ‘em all.”

Quinnipiac is a private university in Hamden, Connecticut.