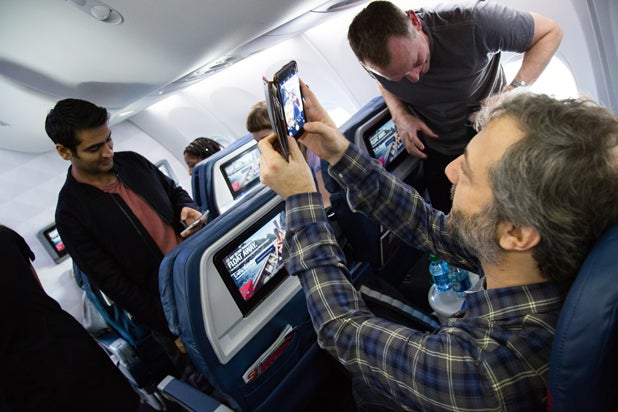 Snapchat announced a new “custom Stories” feature Tuesday morning, allowing users of the popular vanishing message app to create specific Story channels for their friends to view or contribute to.

The update takes away the frustration of having to post a pic or video to your story that you don’t want your entire friends list to see. In the top right corner, users can click the “Create Story” icon and choose the friends they want to have viewing and contributing to the channel — kind of like making a playlist for snapping.

A story will then disappear if no one has added to it within 24 hours. Snapchat said the custom Stories update is rolling out and should be available by Wednesday.

It is considered to the tech company’s latest move to compete against Facebook after Instagram recently copied Snap’s face filters option.

It’s the perfect update for when you go to Las Vegas and want to share all the fun you’re having — except with pesky relatives or significant others watching your main Stories feed like a hawk.

Users can add to an unlimited amount of Stories, but only create three at a time, a Snap spokesman shared with TheWrap. The source also added the update includes more Bitmoji features, where users can now “change your mood” in Snapchat’s settings.

If you’d like to see the new features in action, can check out the Snap video below — complete with beautiful young people traveling far and wide to find the best locations to send snaps from.