Kara Zor-El’s got a brand-new look — and this one’s got legs.

During the “Supergirl” panel at San Diego Comic-Con on Saturday, The CW unveiled a first-look at the Melissa Benoist’s new Kryptonian supersuit — which marks the first change to the outfit since Kara’s co-worker, friend, and confidante Winn Schott designed her iconic red and blue gear during the superhero series’ first season.

See Kara’s new supersuit — which includes pants, not a skirt — in the photo below.

The change to Kara’s look is in line with evolution of supersuits throughout “Supergirl” executive producer Greg Berlanti’s Arrowverse, which has seen similar redesigns to the titular character’s suits on sister shows “Arrow” and “The Flash” over the last few season.

The update to Kara’s suit was conceptualized by “Supergirl” costume designer Victoria Auth and created by Ironhead Studios and Bill Hargates Costumes.

“We’re beyond excited to update Supergirl’s iconic suit,” executive producers Jessica Queller and Robert Rovner said. “We think her new image is strong and powerful. We hope the fans are as excited about it as we are.”

In addition to unveiling the new suit, “Supergirl” revealed it’s adding two new characters for its upcoming fifth season. Readers can find out more about that news here. 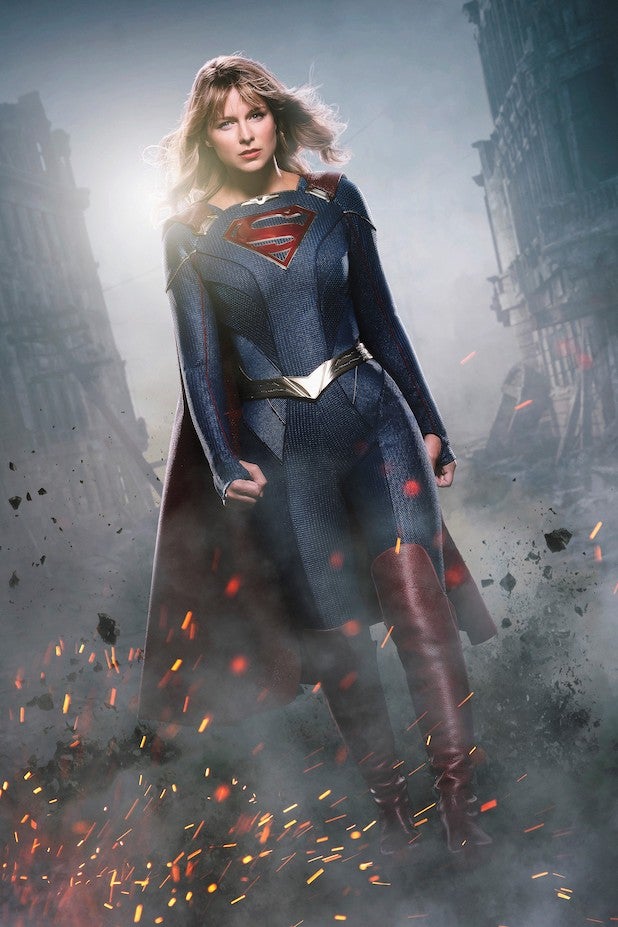