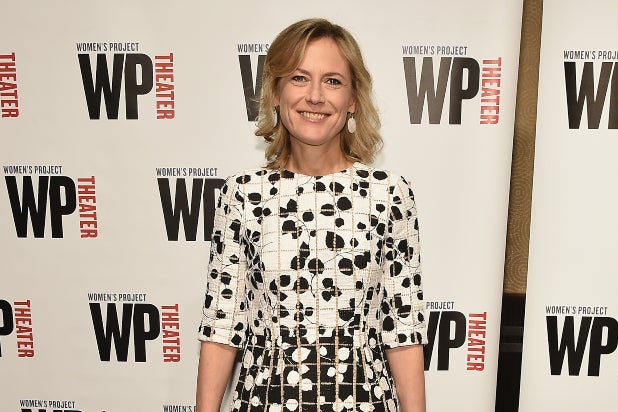 Ann Sarnoff is walking onto a Warner Bros. lot in the midst of a major transition as it readies the launch of a new streaming service and finds its footing following AT&T’s multi billion-dollar merger. And she’ll of course have to deal with the question of the studio’s work culture.

Sarnoff, who will head to Warner Bros. from chief of BBC Studios Americas, will take the helm at Warner Bros. following the departure of Kevin Tsujihara.

Tsujihara resigned as CEO and chairman in March in the midst of an investigation into his behavior, specifically regarding a past sexual relationship with actress Charlotte Kirk and whether the actress was given roles in Warner Bros. films because of it.

“It’s really too early to have a real opinion on the culture, but from what I can tell, it’s an amazing culture,” Sarnoff told TheWrap. “I’ll bring my style, but first order of business is to get on the lot, meet people and hear their thoughts on how they see the business moving forward.”

Tsujihara’s exit came after WarnerMedia solidified its executive and leadership ranks following AT&T’s $85 billion acquisition, and as Tsujihara was preparing to take on an expanded role as the studio’s chairman and CEO. His rise and departure happened in a matter of weeks.

As well as serving as chairman and CEO of Warner Bros.’ film, TV and games operations, Tsujihara was expected to add a new Global Kids & Young Adults business to his purview. That undertaking will now fall to Sarnoff.

The new business brings together the family, kids and animation efforts from across WarnerMedia — including Cartoon Network, Adult Swim and Boomerang. Warner Bros. will also be home to Otter Media, Turner Classic Movies and all activities around licensed consumer products development for WarnerMedia properties.

One of the studio’s biggest properties is Batman, but Sarnoff said she had no comment on director Matt Reeves’ plans for the next Batman film, or Robert Pattinson’s casting as the caped crusader.

As for what Sarnoff will do next, the industry will have to wait and see.

Also Read: Warner Bros' Strategy Against Disney: 'It's Like Baseball - Hit It Where They Ain't'

While at BBC Americas, Sarnoff oversaw L.A. Productions, linear and digital program sales and co-productions, home entertainment, and licensing. She also led efforts to amplify BBC Studios’ global brands “Doctor Who,” “Top Gear,” and the natural history brand “BBC Earth.” She also serves as chairman of the board for BritBox, where she has guided the development and growth of the direct-to-consumer service which offers U.S. and Canadian customers the largest collection of British television programming.

That experience is paramount as WarnerMedia prepares to launch its own direct-to-consumer streaming service.

Alongside her role at BBC Studios Americas, Sarnoff also served as head of BBC Worldwide’s Global Production Network from 2016-2018 and was charged with developing the strategy for and optimizing the company’s global production operations.

Prior to joining BBC Worldwide, Sarnoff was president of Dow Jones Ventures and senior vice president of strategy, where she was responsible for leveraging the assets of Dow Jones to create new businesses focusing on digital and B-to-C markets, and for overseeing corporate strategy and business development.

Sarnoff has also served as COO for the Women’s National Basketball Association, where she was recruited by and sat on the executive team of NBA Commissioner David Stern. In addition to running the league’s business operations and overseeing player personnel and programs, Sarnoff redefined the WNBA brand, secured new sponsorships, and instituted innovative marketing campaigns for the league.

Sarnoff has also worked with some of the best-known brands in television while at Viacom from 1993-2003. As Nickelodeon’s executive vice president for consumer products and business development, she led the team that launched the channel Noggin. She then became COO for VH1 and CMT where, in addition to strategic planning and business operations, she oversaw the company’s websites, radio, audio and video products, and launched the channel VH1 Classic.