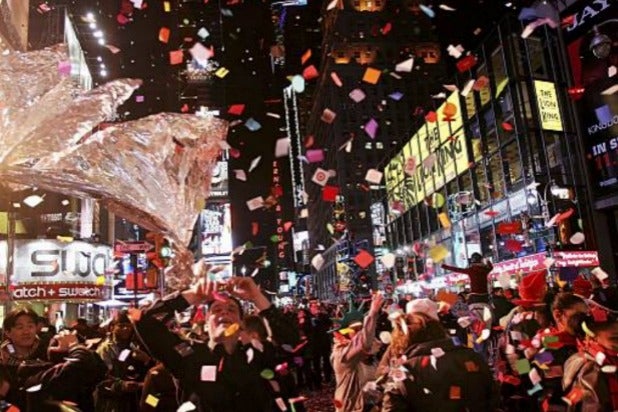 Another year is almost in the books, and you know what that means: New Year’s parties, and all sorts of outlandish coverage on TV filled with musical performances of all flavors around the country.

With so many options to choose from, it can be a nightmare to sort through all the noise and figure out what best hits your interests. But have no fear, because we’re here with a list of all the major New Year’s events that TV has for you this evening.

“Dick Clark’s New Year’s Rockin’ Eve with Ryan Seacrest”
Where: ABC, on broadcast, on ABC.com and through the ABC app
When: 8 p.m. EST to 1 a.m.
What: Ryan Seacrest and Jenny McCarthy will host live from Times Square in New York, with additional celebrations hosted by Ciara in Los Angeles and Lucy Hale in New Orleans. ABC’s show will include a metric ton of musical performances, with Camila Cabello, Nick Jonas and Sugarland in New York, and Imagine Dragons and Walk the Moon in New Orleans. The LA party will be the biggest, with performances from BTS, Kane Brown, G-Eazy, Halsey, Fitz & The Tantrums, Khalid, Shawn Mendes, Hailee Steinfeld, Alessia Cara, Charlie Puth, Portugal, The Man, Zedd, Florida Georgia Line, Marshmello, Kelly Clarkson, Bebe Rexha and Watt.

The main event, though, is Mariah Carey’s return to the Times Square stage after her disastrous performance last New Year’s Eve. One would probably expect Mariah’s performance to go off without a hitch this time.

Also Read: When and How to Watch 'Dick Clark's New Year's Rockin' Eve with Ryan Seacrest'

“New Year’s Eve with Steve Harvey”
Where: Fox, on broadcast and streaming on fox.com and via Fox’s streaming app on smart devices and streaming boxes.
When: 8 p.m. EST to 10 p.m., and then 11 p.m. to 12:30 a.m.
What: Steve Harvey and Maria Menounos will host Fox’s celebration from Times Square, with musical guests including Maroon 5, the Backstreet Boys, Flo Rida, Celine Dion, Macklemore and the Zac Brown Band. Fox also promises surprise celebrity guests — word is one of them will be Jamie Foxx.

Bienvenido 2018
Where: Telemundo — only the channel itself, it seems
When: 10 p.m. EST
What: Telemundo will hold yet another simultaneous party in Times Square in New York, with musical performances by Jencarlos, Paty Cantú, Gerardo Ortiz, Victor Manuelle, Zion & Lennox, Nacho and Gente de Zona.

“New Year’s Eve Live with Anderson Cooper and Andy Cohen”
Where: CNN, and streaming on CNNgo
When: 8 p.m. EST
What: Cooper and Cohen will broadcast live from New York, with coverage hopping to New Year’s celebrations around the country, where CNN correspondents will chat about everything going on. Keith Urban will perform live from Nashville at some point.

“All-American New Year”
Where: Fox News, and streaming on Fox News Go
When: 10 p.m. EST
What: Jesse Watters and Lisa “Kennedy” Montgomery will host from Times Square and, like CNN, kick coverage to correspondents around the country, including the Wildhorse Saloon in Nashville and South Beach, Miami. At 8 p.m., prior to this main event, Ed Henry, Lisa Boothe and Dean Cain will host an in-studio special called “Countdown to 2018.”

Also Read: When and How to Watch Fox News' 'All-American New Year' Online

Times Square New Year’s Eve Live Webcast
Where: streaming online at timessquareball.net
When: 6 p.m. EST
What: This is the standard free lower key webcast, which runs without advertising and will feature musical performances by Andy Grammer and Lauren Alaina. If you’re just looking for a thing to count down with at midnight, this is what you want.