You’ve heard of annus horribilis? 2009 seems destined to go down as an annus WTF-us.

The good news is that we all get to move on — not just to a new year, but a whole new decade. And that means a fresh start, complete with the resolve to try to do things better this time.

TVMoJoe has selected 10 individuals we think could stand to take some bold measures in 2010. We’re splitting our list into two parts — five today, five on Thursday.

Feel free to add your own suggestions for resolutions in the comments section: 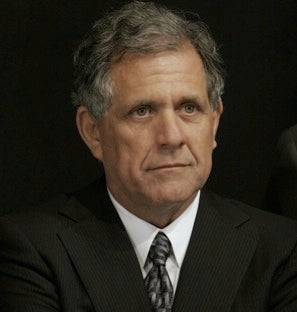 Leslie Moonves should resolve to loosen the reigns at CBS Entertainment.

Sure, everyone at the network’s Studio City HQ will insist that the big boss is far less involved in running primetime than he’s ever been. And that, really, he only weighs in on the big decisions.

Right. And Jeff Zucker has had nothing to do with the primetime woes at NBC the past five years because he’s been busy focusing on the cable and movie businesses.

Moonves has stayed heavily involved in his entertainment division for one reason: He’s really good at it. His incredible eye for casting talent and his sense of the pop culture zeitgeist made him one of the best executives to ever lead a network entertainment division, putting him in the same class as the Tinker and Tartikoffs of the world.

So why should he back away now? Well, if you believe the business press, there’s been some internal pressure on Moonves to find a strong No. 2, someone who could be his successor.

The Los Angeles Times recently speculated that Moonves would have to go outside the company to find such a person. But that would be a shame given the fact that the Eye has so much strong in-house talent.

That talent, however, needs a chance to stand on its own, to make some tough decisions — and maybe fail — in areas outside of their comfort zones. Moonves was able to make the leap from programming genius to mogul because Mel Karmazin gave him a lot of rope; Moonves now needs to do the same for the executives below him.

Mark Burnett should resolve right now to stop wasting his time trying to become the most prolific producer of reality shows and other programming. Really, does the man who made "Survivor" a phenom need to collect a paycheck for the MTV Movie Awards? 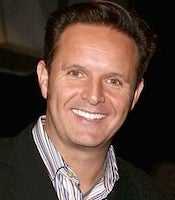 No, what the world needs from Mark Burnett is his skills as a producer. "Survivor" worked because he (and some smart executives at CBS) sweated over every last detail of the first season of the show, making sure it played like a real-life drama rather than a silly game.

Burnett needs to take a year off from playing salesman and icon. He should develop one or two ideas he truly believes in, sell one to a network that really needs a reality hit (that would be anyone but Fox), and then spend all his time working on nothing else but the new show.

Network TV needs a reality game-changer. Burnett is the man who can produce it — if he’s willing to roll the dice.

Despite the relentless pressure to keep ratings up, CNN big boss Jim Walton (and his bosses at Time Warner) should resolve not to worry about the month-to-month vagaries of the Nielsen game.

Look, there’s no way a non-partisan network such as CNN is ever going to compete with Fox News for eyeballs. The latter network is a hybrid, mixing news, opinion and infotainment — thus appealing to a far bigger potential audience than CNN could ever hope for. 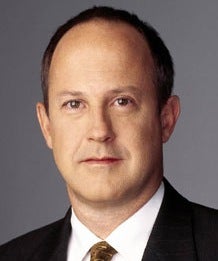 Walton needs to firmly position his news empire as the upscale alternative to Fox and MSNBC. Stop worrying about whether Campbell Brown has more viewers than O’Reilly or Olbermann, or why Anderson Cooper’s numbers are off a little. Forget about sexing up "Larry King Live" beyond all recognition.

As coverage of the Christmas Day terror plot proved once again, when real news breaks, CNN is the only consistent choice for viewers who want to be informed. Walton (and CNN U.S. president Jon Klein) need to own that identity, appeal to those viewers who crave hard news — and stop trying to compete against two rivals playing a very different sport.

Walton, quite simply, needs to let CNN be CNN: The best, and only real, news network on cable. 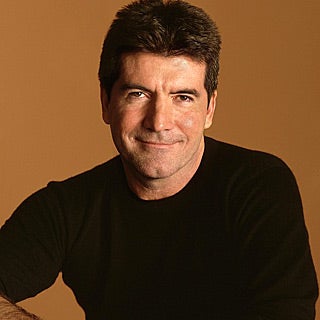 Simon Cowell, if he’s smart, will resolve to stop trying to force "The X Factor" down Fox’s throat at the possible expense of "American Idol."

It’s clear what Cowell’s trying to do: He wants "X" to replace "Idol" because he owns a much bigger stake in "X" and stands to make even more money than he already does if "X" becomes a smash.

But, sorry Simon: Though we think "X" could be a very cool addition to Fox’s lineup,  there’s no guarantee it’ll work here. While British viewers embrace constant change in reality, we Americans are more fickle. It’s not hard to see "X" being a complete flop.

That’s why all this nonsense about Cowell leaving "Idol" for "X" needs to stop. If Cowell isn’t willing to simply give up on "X," he needs to agree to continue on both shows for at least two seasons.

If "X" breaks out, he can leave "Idol." But if it doesn’t, both he and Fox will still have an "Idol" insurance policy.

We’ve got a feeling that Cowell, no dummy he, knows full well that this is the only solution that makes sense. 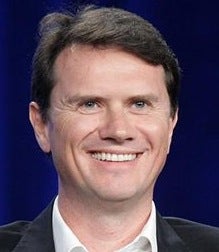 And while we’re focused on Fox, Peter Rice – the head of the network — should resolve to speak up a little in 2010. Or to simply speak, period.

While there’s something refreshing about Rice’s lack of interest in puff pieces and publicity, Rice’s first months in office have been notable for just how low a profile he’s taken. He adeptly answered questions at Fox’s August press conference for the TV Critics Association, but otherwise he’s been almost completely mum.

(Of course, with our luck, Rice will be the subject of a giant cover story in next week’s New York Times Magazine.)

Anyone who’s talked to Rice for five minutes knows his lack of press isn’t a Sarah Palin-esque attempt to avoid tough questions or to control his message. The man is very smart and makes an excellent spokesman for his network.

And that’s why he needs to start raising his profile. Fox is far and away TV’s top-rated network. As evidenced by its parent company’s battle with Time Warner Cable, it’s also a leader in helping transform the network TV business model.

Rice, who’s been mentioned for much bigger future jobs within Rupert Murdoch’s empire, shouldn’t be afraid of becoming the public face of Fox. The network (and the industry) could only benefit from having another articulate champion of the cause.

TOMORROW: Our advice for Steve McPherson, Dawn Ostroff and more.