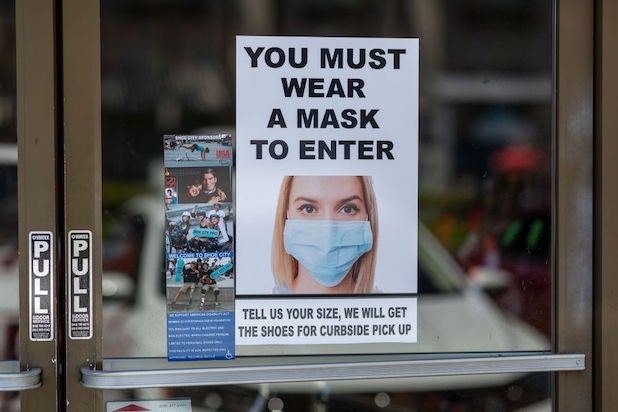 New York Governor Andrew Cuomo on Saturday, in the first easing of COVID-19 restrictions in weeks, said movie theaters outside of New York City can start reopening on Oct. 23.

Theaters in the rest of the state will be allowed to open at 25% capacity, Cuomo said, with a maximum of 50 people per screening room. “There will be mandatory social distancing and other precautions,” Cuomo tweeted.

Only movie theaters in counties with COVID-19 positivity rates below 2% across a 14-day average will be allowed to open, NBC 4 in New York City reported. Precautions will include mandatory mask-wearing and assigned seating.

NEW: Starting October 23, movie theaters outside of NYC can reopen at 25% capacity with up to 50 people per screen.

There will be mandatory social distancing and other precautions. pic.twitter.com/QKmKvuyTy2

The company sounded the alarm in a Tuesday filing to the Securities and Exchange Commission, pointing to low attendance figures for theaters that have managed to reopen amid the pandemic and the drought of major Hollywood films to lure moviegoers into its venues.

The announcement comes as many top theater chains are struggling to stay in business. Earlier this week, AMC, the largest movie theater exhibitor in the country, said it is on track to run out of cash by early 2021 and are now renting out entire theaters to moviegoers in selected locations.

AMC isn’t the only cinema company feeling the pain. Cineworld, the parent company of Regal Cinemas, announced on Oct. 5 the “temporary suspension” of operations at more than 600 theaters in the U.S. and the U.K.