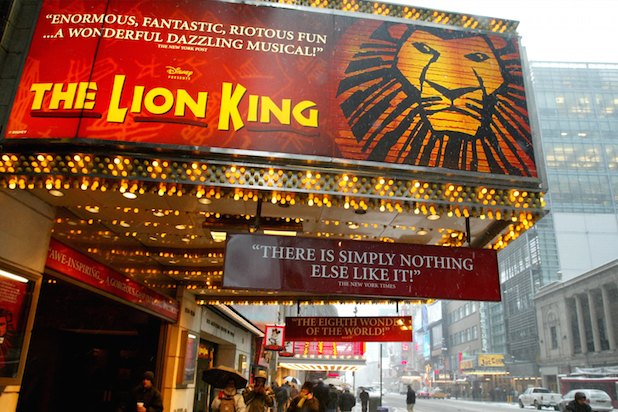 The program will offer a 25 percent tax credit to producers who rehearse their shows or try out their sound and light technology in area theaters in cities such as Buffalo and Albany. Those productions frequently move to Broadway or other New York City theaters. It will go into effect next January.

“We are delighted that the executive and the legislature have expressed their appreciation for the significance of Broadway to all New Yorkers, not only for maintaining our status as a world-renowned model for artistic expression, but for the way live theatre serves as a powerful economic driver,” Nick Scandalios, chairman of the Broadway League and executive vice president of the Nederlander Organization, said in a statement. “Our State’s leaders’ commitment to investing in the future of this industry will attract financing from across the country and around the world, helping to ensure that New York State remains the true home of Broadway.”

New York already offers incentives to film and television productions, but was inspired to extend its financial support to theater after states such as Rhode Island, Illinois and Louisiana began offering credits. It will become the fourth jurisdiction to offer incentives to live theater investors.

The Broadway League argues that keeping a show’s tech period in state will encourage producers to spend millions of dollars on stagehands, crew members, hotels and other expenses.