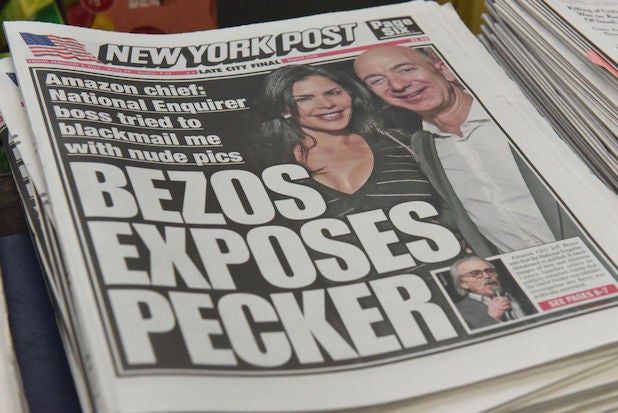 The New York Post laid off about 20 staffers across the company, a spokesperson confirmed to TheWrap on Wednesday.

“In light of the industry’s challenges, cost saving measures are being taken, which include job reductions from commercial, operations, and editorial,” the spokesperson said in a statement. “This step has been taken reluctantly to ensure the stability and long-term sustainability of our brands. The Post family deeply appreciates the many contributions of the trusted professionals who are moving on at this difficult time.”

The layoffs come amid other cost-cutting measures at the media company, which include hiring freezes and cutting — or even eliminating — freelance budgets due to the drop in advertising revenue caused by the pandemic, the Daily Beast reported.

During calls with staff members, publisher Sean Giancola said that the Post did not have immediate plans to lay off more employees, but that he could not make any guarantees.

“I would be remiss if I wasn’t honest with everyone and say the future is very uncertain in media and in business, and that could change,” he said, according to the Daily Beast.

As TheWrap previously reported, local papers have been hit hard by the loss of advertising revenue caused by the pandemic. Some outlets, like the Seattle Times and the Tampa Bay Times, have even requested — and received — federal loans through the Paycheck Protection Program to help prevent drastic layoffs.