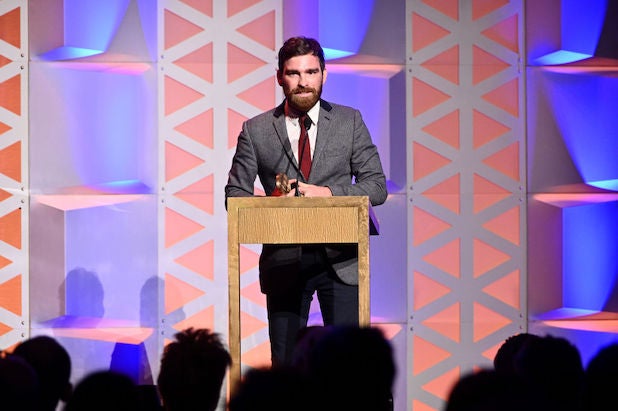 Andy Mills, the New York Times audio producer who helped lead the now-discredited “Caliphate” podcast and has been accused of sexual harassment, has resigned.

In a note posted to his personal website on Friday, Mills said he made “mistakes” in the past that he now looks back on with “extraordinary regret and embarrassment.” Though he said he “strived to continue to grow and be a better co-worker and person” when at the Times, the accusations against him on social media “quickly escalated to the point where [his] actual shortcomings and past mistakes were replaced with gross exaggerations and baseless claims.”

“As the pressure of this online campaign has grown to encompass some staffers of The Times, it has led to a climate where, even though I still love the mission of this important institution, I feel it is in the best interest of both myself and my team that I leave the company at this time,” Mills wrote. “I do this with no joy and a heavy heart.”

The accusations against Mills, which date back to his time working at New York public radio station WNYC, began resurfacing online in recent months in light of the scandal surrounding “Caliphate,” the award-winning podcast at the Times led by Mills and reporter Rukmini Callimachi that was later discredited in December after its key source was revealed to be a fraudster.

After significant portions of the podcast were retracted, Callimachi was taken off her beat and the paper returned its Peabody award for the podcast. But in January, a prominent group of public radio stations across the country sent a letter to The Times questioning why Mills was allowed to appear in an episode of “The Daily,” another hit Times podcast, just days after the “Caliphate” retractions.

In his personal note, Mills said that the Times’ leadership told the “Caliphate” production team that they’d “engaged in rigorous and careful journalism” and that the paper’s “own internal system” for fact-checking had “broke down.”

“But in the meantime, another story emerged online: that my lack of punishment came down to entitlement and male privilege. That accusation gave some the opportunity to resurface my past personal conduct,” Mills wrote before acknowledging that he “earned a reputation as a flirt,” had given a colleague a backrub and “poured a drink on a coworker’s head at a drunken bar party” a few years ago.

“The entire experience has been extraordinarily painful. I know I’m not supposed to say that because people will claim that I’m trying to make myself the victim,” Mills wrote. “I know that I still have a lot of room to grow as a person — I can be overly zealous and talk over people, making them feel unheard. I know that this whole letter opens me up to more public shaming and ridicule. But public shaming is very painful. That is the truth. So is leaving the job you love.”