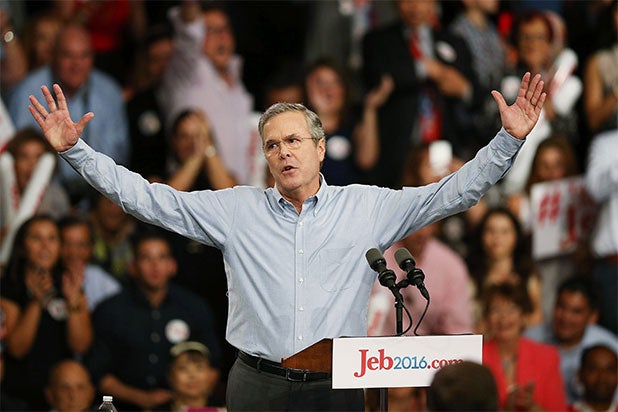 A New York Times news assistant tweeted “f–k you” to Jeb Bush on Wednesday before quickly deleting it.

Phillip B. Richardson didn’t appreciate comments Bush had made about poverty, so he decided to sound off against the GOP presidential candidate.

“F–k you Jeb Bush for telling poor people they need stronger families to not be poor. Poverty weakens families,” he tweeted before quickly deleting it.

Before that, he’d tweeted, “Who is this beautiful and brilliant black boy grilling #jebBush at New Hampshire Town Hall Meeting??” He rounded out the tweet with the #BlackLivesMatter hashtag.

Bush hasn’t responded to the insult on social media, but the Times’ staffer’s tweet is sure to add to candidates like Bush routinely jabbing the Times as a liberal arm of the Democratic Party.

“This tweet was completely inappropriate,” a New York Times spokeswoman told TheWrap. “Philip Richardson is a news assistant on The Times’s clerical staff, assigned to the photo desk. He is not a reporter or editor and is not involved in political coverage. Nevertheless, tweets like this are inappropriate for any Times newsroom staffer.”

“Managers will take the necessary steps to deal with the situation,” she added.