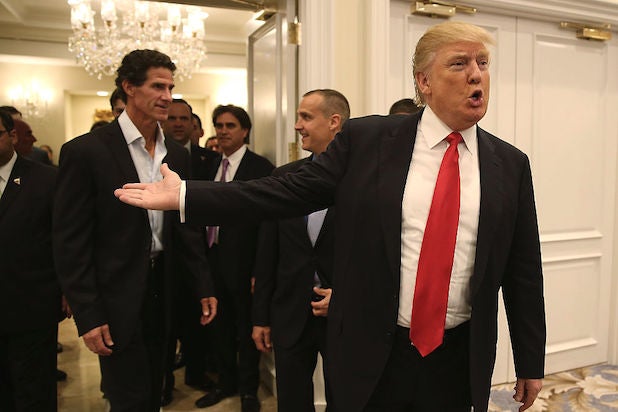 The New York Times has fired back a day after Donald Trump demanded an apology and retraction over an article that the paper published, reporting the claims of two women who say that Trump groped them without their consent.

On Thursday, the Times published a letter that its attorney David E. McCraw wrote to counsel for the GOP presidential nominee, saying, “We welcome the opportunity to have a court set him straight.” The letter to Trump attorney Marc E. Kasowitz said that the “essence of a libel claim, of course, is the protection of one’s reputation,” and it added that Trump’s own words and actions have created the reputation of someone who brags about sexually harassing women.

In addition, McCraw wrote that the “larger and more important point” is that the “women quoted in the story spoke out on an issue of national importance” and that the Times’ reporters “diligently worked to confirm the women’s accounts.”

On Wednesday, the Times published a story that detailed the accounts of two women — Jessica Leeds of New York and Rachel Crooks of Ohio — who say that Trump groped and “inappropriately touched” them.

Kasowitz then sent a letter to the Times’ executive editor, Dean Baquet, calling the article “libelous,” demanding that the Times apologize and retract the article and threatening legal action if it does not do so. Trump himself also mentioned a lawsuit against the paper during a campaign rally on Thursday.

McCraw’s letter on behalf of the Times also said that Trump has “bragged about intruding on beauty pageant contestants” and allowed a radio host to call his daughter a “piece of ass.”

Also Read: 2 Women Accuse Donald Trump of Groping Them: 'It Was an Assault'

The letter stated, “Noting in our article has had the slightest effect on the reputation that Mr. Trump, through his own words and actions, has already created for himself.”