The New York Times is retiring the term “op-ed” and renaming opinion pieces written by outside writers as “guest essays,” the paper’s opinion editor, Kathleen Kingsbury, said on Monday.

“It’s time to change the name. The reason is simple: In the digital world, in which millions of Times subscribers absorb the paper’s journalism online, there is no geographical ‘Op-Ed,’ just as there is no geographical ‘Ed’ for Op-Ed to be opposite to,” Kingsbury wrote in a piece announcing the changes. “It is a relic of an older age and an older print newspaper design.”

Editorials will still be called the same, but former “op-eds” will now be called “guest essays” — a label that will also appear “prominently above the headline,” Kingsbury said. 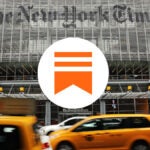 The change comes 50 years after the first op-ed was published in the Times and is an effort to be “more inclusive,” according to Kingsbury.

“It may seem strange to link changes in our design to the quality of the conversation we are having today. Terms like Op-Ed are, by their nature, clubby newspaper jargon; we are striving to be far more inclusive in explaining how and why we do our work,” Kingsbury wrote. “In an era of distrust in the media and confusion over what journalism is, I believe institutions — even ones with a lot of esteemed traditions — better serve their audiences with direct, clear language. We don’t like jargon in our articles; we don’t want it above them, either.”